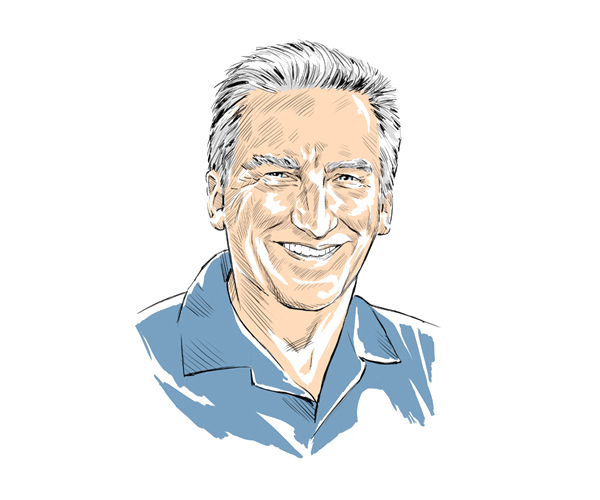 Buying an aeroplane can be somewhat fraught and as Steve Ayres reminds us, ‘getting it right’ can challenge the best of us. These accidents remind us of the merits of leaving no stone unturned during the quest…

Deciding to purchase an aeroplane is a major life choice and incredibly rewarding, although one that few of us get the opportunity to realise. Costs aside, the process can be a bit of a minefield. It takes many hours of looking, researching and ultimately, costly inspections and preparations before your ‘beautiful baby’ is allowed home! This month’s collection of accidents show how detailed that work needs to be if some pitfalls are to be avoided.

About a week before the accident, the previous owner had flown the fuel-injected single-engine aeroplane, a Beech 35, about 70 miles for inspection, before selling it to the accident pilot. It was an uneventful flight, as was the pre-buy inspection. The sale was done, and the aeroplane remained at the accident pilot’s airport, Sedona Airfield, Arizona, with an elevation of about 4,800ft.

The accident pilot arranged to begin an aeroplane check-out process with a certificated flight instructor (CFI), and it was to be the first flight since the pre-buy inspection. The CFI and the pilot reported the pre-flight inspection, engine start, taxi out, and engine run-up for the planned local flight were all normal. Based on the airport’s high elevation, they leaned the fuel mixture for take-off.

The take-off roll and lift-off were normal, but just after the aeroplane lifted off, both pilots sensed a notable loss of engine power, the stall warning sounded, and the aeroplane began to roll, right-wing down. The aeroplane drifted to the right and impacted the unpaved surfaces adjacent to the right side of the runway. The aeroplane crossed rough terrain, landing gear collapsed, and it slid to a stop. The left wing sustained substantial damage.

“Fuel was observed leaking from the throttle and metering assembly”

Initial post-accident examination of the aeroplane did not reveal any pre-impact mechanical deficiencies nor failures that would have precluded normal operation. The engine started and operated normally during a test run while it stayed on the airframe. However, fuel was observed leaking from the throttle and metering assembly (T/MA), so testing was ended.

Visual inspection of the T/MA and nearby components revealed grime around the shaft-case penetrations and blue staining on the airframe structure below the T/MA. Both were evidence of pre-existing fuel leaks. Although the leak origination date could not be determined, the appearances of both signatures were consistent with their existence while the aircraft was in service, rather than as a result of the accident impact. The investigation could not determine how long the leak had been occurring, or if it was present at the time of the last annual inspection, about eight months before the accident. The visual evidence of the existing leak was unlikely notable enough to have been identified during the pre-buy inspection.

Disassembly of the T/MA revealed the fuel leaks were a result of O-rings that lacked normal flexibility and were non-resilient. At the time of the accident, the T/MA was two years beyond the manufacturer’s overhaul schedule of 12 years, which resulted in age-related deterioration of the O-rings, and the ensuing fuel leaks.

The fuel leaks in the T/MA had the potential to reduce fuel flow to the fuel manifold valve, resulting in uncommanded and imprecisely controlled leaning of the mixture. The aeroplane’s previous owner reported that he rarely leaned the mixture for take-off from high-elevation airports, whereas the mixture was leaned for the accident take-off. Thus, the mixture for the previous owner’s take-offs might have actually been unknowingly leaned due to the faulty T/MA, but not so much that it prevented take-off. In contrast, when the accident pilot and CFI leaned the mixture while the engine was at less than full power, the fuel leaks in the T/MA could have caused an overly lean mixture for full throttle operation, resulting in a significant power decrease.

Communications with the aeroplane’s previous owner indicated that he typically flew out of Sedona – and other high elevation airports in the morning – and didn’t ‘recall ever leaning for take-off’. He stated that on occasions when he operated out of such airports when ‘temperatures were high’, he ‘always leaned the engine before take-off on the runway by taking the runway, running the engine to full rich and power, and then leaning to take-off power’. He did not provide any further details.

According to the CFI on the accident take-off, they ‘adjusted the mixture for best operation considering the density altitude at Sedona Airport’. The pilot stated that his recollection was that ‘we leaned to roughness and then enriched from this point. Also looked for maximum power (rpm)’. He did not recall how far the mixture control was backed out after leaning.

The pilot reported that the pre-flight inspection, engine run-up, take-off, and climb in a Stinson L-5, which he had not long owned, were normal. About 40 minutes into the flight, while flying at 2,200ft msl and 10 miles from the departure airport, he noticed the oil temperature ‘jumped’ to the top of the green arc and the oil pressure was near the bottom of the green arc. He reduced engine power, adjusted the mixture to full rich, and turned toward the airport. Shortly thereafter, the engine lost total power and the pilot’s attempts to restore power failed. The propeller was static and didn’t move during attempts to restart the engine. The pilot made a forced landing to a lake and the aircraft sank after the pilot egressed.

It was recovered and examined by a Federal Aviation Administration (FAA) inspector. The left wing was substantially damaged. The inspector attempted to rotate the propeller by hand, but it would not move.

The last annual was performed 10 months earlier, at 6,113.2 tachometer time and had flown 10.6 hours since then and 711 hours since an earlier engine overhaul. Subsequent to the overhaul, the propeller had been removed and replaced on two separate occasions due to propeller strikes. There was no record of any crankshaft inspections following either of the propeller strikes, contrary to manufacturer guidance. More damage found on the No.1 and No. 2 cylinders was caused by crankshaft failure and the pistons that impacted their respective rods and skirts.

In addition to the main fracture, a separate crack was discovered slightly aft of the number one main bearing and had propagated nearly the width of the crankshaft, but had not fully failed. The thrust nut, which required 375 ft-lb of torque, was easily removed without effort or special tools, showing that it was torqued to a value notably below specification. This could cause axial play along the crankshaft and contribute to the progression of the crankshaft failure that was likely initiated during the previous two propeller strikes.

The crankshaft likely failed after its structural integrity was compromised during previous propeller strikes. The improper torque on the thrust nut likely exacerbated the failure of the crankshaft.

On 18 October, 2016, Lycoming issued a Mandatory Service Bulletin No. 533C (Superseded 533B) with recommended action for sudden engine stoppage, propeller/rotor strike, or loss of propeller/rotor blade or tip for all Lycoming reciprocating aircraft engines. The SB included detailed checklists for the inspection.

The pilot was relocating a newly purchased, Grumman TBM-3E ‘Avenger’ aeroplane from California to Illinois. The aeroplane had undergone refurbishment and condition inspections during the previous six months. Before the flight, the aeroplane was loaded with emergency and survival gear and the pilot and passenger watched the parachute manufacturer’s safety video.

On the morning of the accident, the pilot flew from Zamperini Field Airport (TOA), Torrance, California, to Ak-Chin Regional Airport, Maricopa, Arizona. After refuelling, the pilot departed Maricopa and climbed to an altitude between 11,500ft and 12,000ft msl.

About 45 minutes into the flight, the pilot heard a loud bang with vibrations and thick smoke that entered the cockpit. He stated that the engine was operating, but not producing enough power to maintain altitude. The passenger stated that he saw sheets of oil exiting the right side of the engine cowling.

As the aeroplane descended, they determined that there were no safe landing areas due to trees and rugged terrain, and decided to egress about 1,500ft agl. The passenger exited first, followed by the pilot. Both parachutes deployed successfully. However, the pilot and passenger received serious injuries after landing in trees and falling to the ground, and were unable to call for rescue due to the lack of cell phone coverage in the area.

The following morning, a fire service truck passing through the area found the pilot and passenger and they were subsequently transported to a nearby medical facility via ambulance. A review of air traffic control radar data revealed that the aeroplane continued eastbound on a stable, descending flight path after the pilot and passenger egressed. The last radar return was at 10,000ft msl, (about 1,900ft agl) 19 miles east of Whiteriver Airport, Arizona, and eight miles south-west of Mount Baldy. Multiple air and ground searches were conducted, however, the aeroplane was not located.

Taking ownership of your own aeroplane has to be one of the most momentous and rewarding things most of us will ever do. It usually comes at considerable financial cost for the purchase and ongoing running costs. Not to mention the amount of time required to look after that most cherished of purchases. So once the decision is made that owning an aeroplane is ‘your thing’, finding the right airframe becomes a major challenge and one we know we need to get right.

While many of us are content with buying our cars ‘as seen’, few of us would consider doing so with an aeroplane, unless we intend a major restoration or, perhaps, unless we know every aspect of the airframe’s provenance and probably its owner very well. Most of the time the process is trouble free, although rarely do we get away entirely ‘cost free’, as inevitably certain things need to be addressed early on in the ownership.

Pre-purchase inspections by specialists who know the aircraft type well are the norm and scouring the paperwork is a must. But as these accidents show it can be difficult to get properly ‘under the hood’ and to be certain all the potential ‘gotchas’ have been unearthed.

In the first accident it was probably simply a different way of operating the aeroplane that exposed the underlying, minor fuel leak that caused the subsequent engine failure. In the second case, detailed post-crash analysis of the documentation identified potential engine shock-loading events which had no documented follow-up work carried out on the engine itself.

And, finally, an excellent reminder to take nothing for granted, even on a delivery flight! I realise few of us will ever get the chance to fly a ‘warbird’ but this crew obviously took their mission extremely seriously and prepared properly. Doubtless the thoroughness of that prep and a focus on potential abandonment gave them a fighting chance of survival in some pretty hostile terrain.

All a reminder, if one is needed, to get a proper inspection from a specialist, to research the provenance of your chosen beauty and to be particularly meticulous in your mission planning and rehearsal of emergency drills… right from the get-go!