Top of the CAA’s list to make the UK a better place for General Aviation following our departure from EASA is… (drum roll)… simplify pilot licensing.

Second on the list is the simplification and rationalisation of GA airworthiness maintenance regulations.

There can’t be a pilot, aircraft operator, GA business or civil servant who disagrees with either of these objectives.

They are contained in a just-released CAA document detailing its responses to a consultation held in November 2020. Its full title is CAP2146 UK General Aviation opportunities after leaving EASA – Consultation Response Document and it can be downloaded here.

The document lists three strategic projects – the two above plus an exploration of GA medical requirements and benefits, including a review of the pilot medical declaration process.

“A key principle in both of the above strategic projects will be to remain within the ICAO framework and to ensure we make the right decisions which benefit all of the UK GA sector,” said the CAA.

“We will work closely from the outset with the GA community, including the various GA associations, to ensure that we increase clarity and reduce complexity through a proposed simplified set of options for GA. We will then run a second consultation based upon these proposals before commencing any work to implement them.”

There are also 15 tactical projects. Each has relatively lower complexity than the three strategic projects but still with either high or medium impact and expected to take between six and twelve months. A good example would be introducing an airworthiness equivalent of the Skyway Code.

Other points include 16 ‘quick win’ activities. Each has relatively low complexity and high or medium impact. For example, a ‘myth-busting’ leaflet or quick-access guides on a range of topics where the CAA believes more information or greater clarity is needed.

But, importantly, the CAA has also recognised that it needs to move ahead, with 12 changes to ways of working. For example, appointing a CAA GA Unit member of staff who is also a practising GA pilot as a GA ‘just culture’ champion to work closely with the CAA’s airspace team. 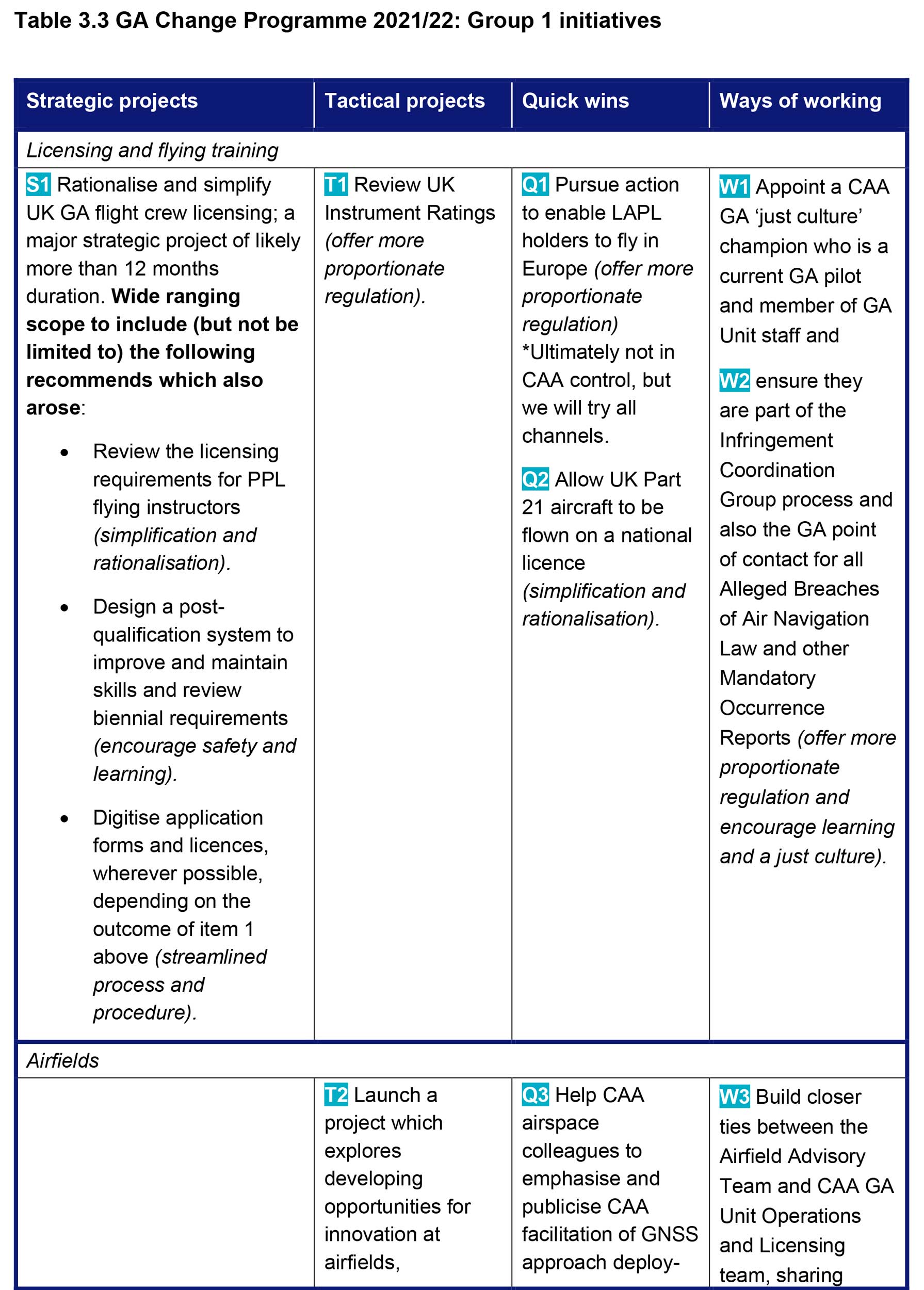 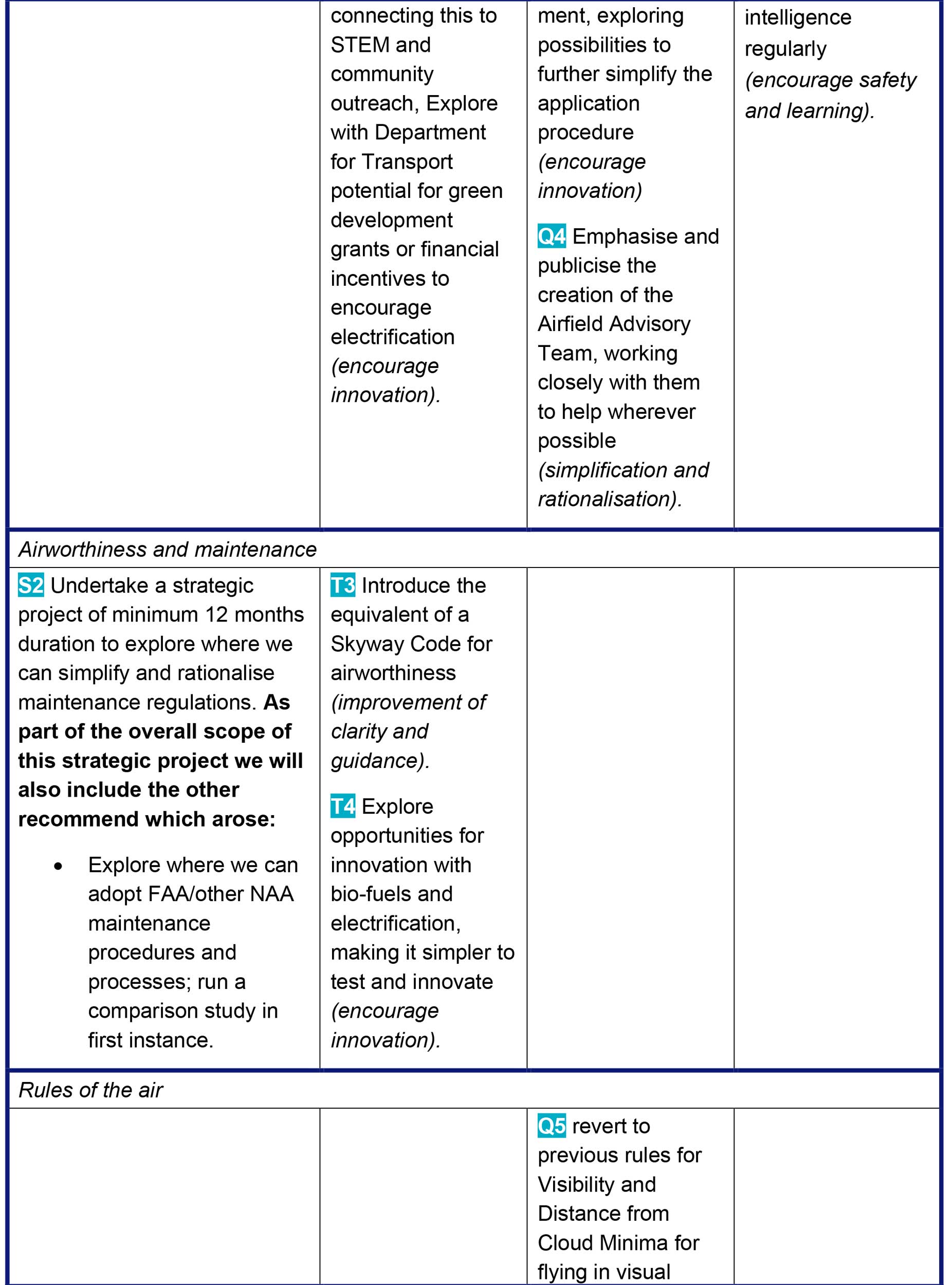 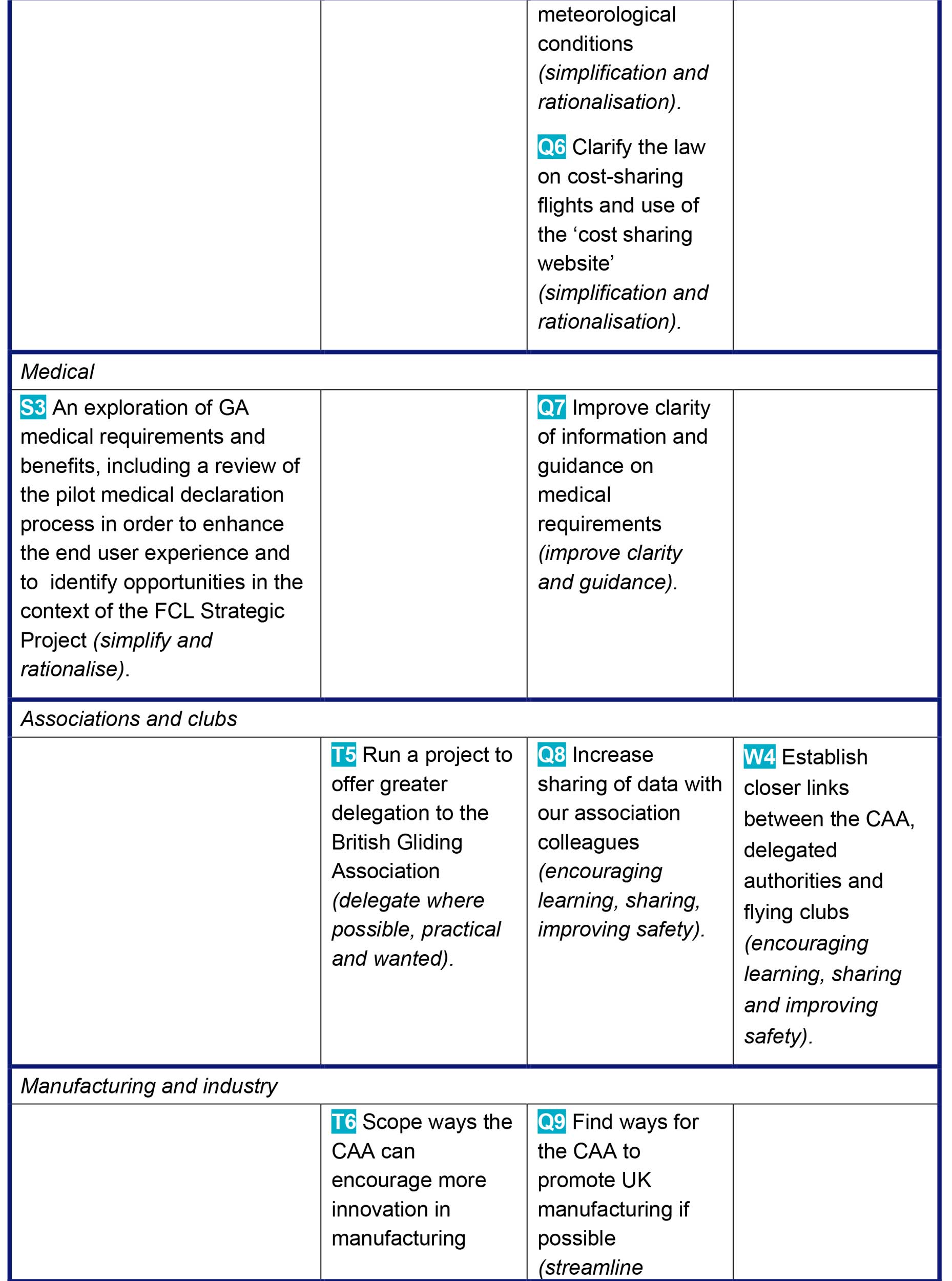 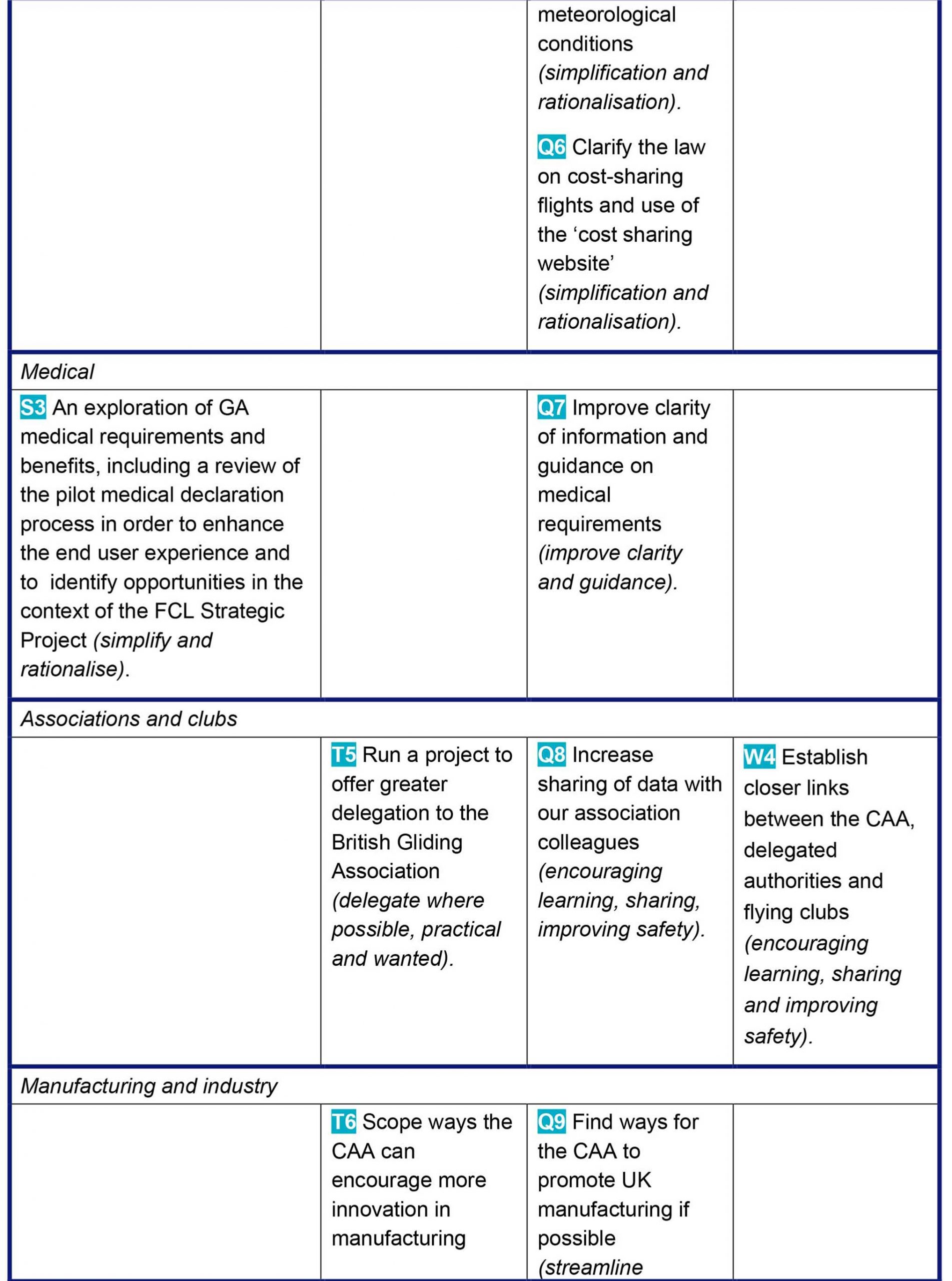