MCR, a French company originally set up in 2012 to manufacture parts for aircraft produced by defunct Dyn’Aero is now manufacturing a full range of two and four seat aircraft based on those designs.

Based in Pontarlier, France, near the border with Switzerland, MCR was founded by Eric Fumey to make airframe parts of the Dyn’Aero range of MCR aircraft. But as the company grew in numbers and expertise, the desire to make complete aircraft was kickstarted with the MCR ULC Evolution at first, in 2017.

Then in 2019,  it was followed by the MCR 4S Evolution, a development of Dyn’Aero’s 2002 four-seater and now powered by a Rotax 915iS. A second production unit was also set up at Ponte de Sor Airfield in Portugal. 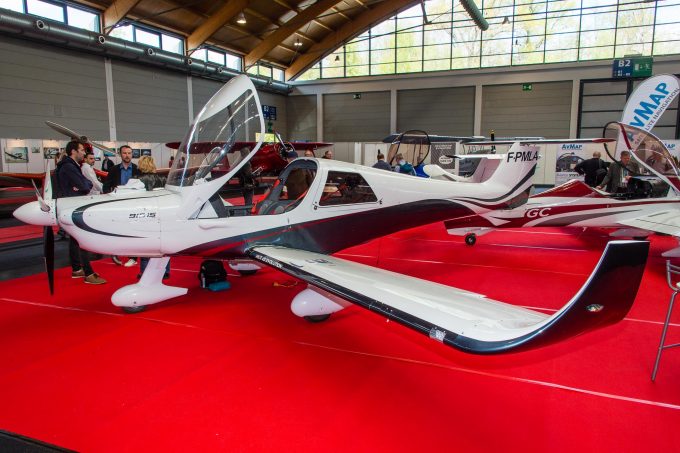 This is MCR’s four-seater, the 4S Evolution, now available with a Rotax 915iS. Cabin is remarkably big for a relatively small aircraft

Despite the worldwide pandemic of 2020-21, MCR continued to develop its product line and is showing two of its most popular aircraft at AERO Friedrichshafen this year: the latest MCR 4S Evolution and the MCR Club Sportage two-seat tailwheeler that fits into the 600kg microlight class.

The MCR 4S Evolution is available with three levels of Rotax power unit offering 100, 115 or 141hp. The top of the range 915iS powered model has a max take-off weight of 820kg giving a payload of 420-450kg depending on equipment fit and empty weight. Cruise speed is 132kt and fuel burn averages 26.5 litres/hour.

MCR offers its aircraft as homebuild kits or, through a special arrangement with a sister company, they can build the kit and provide a ready-to-fly aircraft – an option which has a special registration system in France, known as F-P(XXX – rest of reg).