Microlight in tests for commercial operations

A microlight flying as a commercial operation? Currently that’s not allowed under a Permit to Fly but earlier this year an Ikarus C42 microlight was used to test satellite communications equipment for the RAF.

The idea started two years ago as the brainchild of microlight flying instructor David Young and Ministry of Defence scientist and microlight pilot, Professor Patrick Baker. BMAA CEO Geoff Weighell quickly lent his support to the idea and the concept moved forward.

Negotiations began with the CAA to enable three-axis microlights to perform commercial work but made slow progress for 18 months.

In the summer of 2020, Group Captain Willy Hackett joined the RAF Rapid Capabilities Office (RCO) and it was suggested to him that using microlights for airborne experimentation with novel technologies made great sense.

After a day trip to Kemble Flying Club at Cotswold Airport, Gp Capt Hackett realised the idea wasn’t as crazy as it sounded.

Using a microlight as an experimentation platform for cutting edge sensor and communication technology, instead of using a traditional military platform, would vastly reduce the carbon footprint and save the UK taxpayer a great deal of money.

CAA permission to use a microlight for this new purpose was granted in January 2021 and is specific to Kemble Flying Centre Ltd for named aircraft only. With this hurdle cleared, detailed planning in the RCO got underway for its first experiment, including the installation of a satellite communication system into a microlight.

Gp Capt Hackett said, “The support we received from the BMAA, especially the technical team was fantastic. They approved the aircraft modifications quickly and efficiently and that made us realise we could achieve our intent to demonstrate a lightweight low power satellite communication system in quick time on a microlight.” 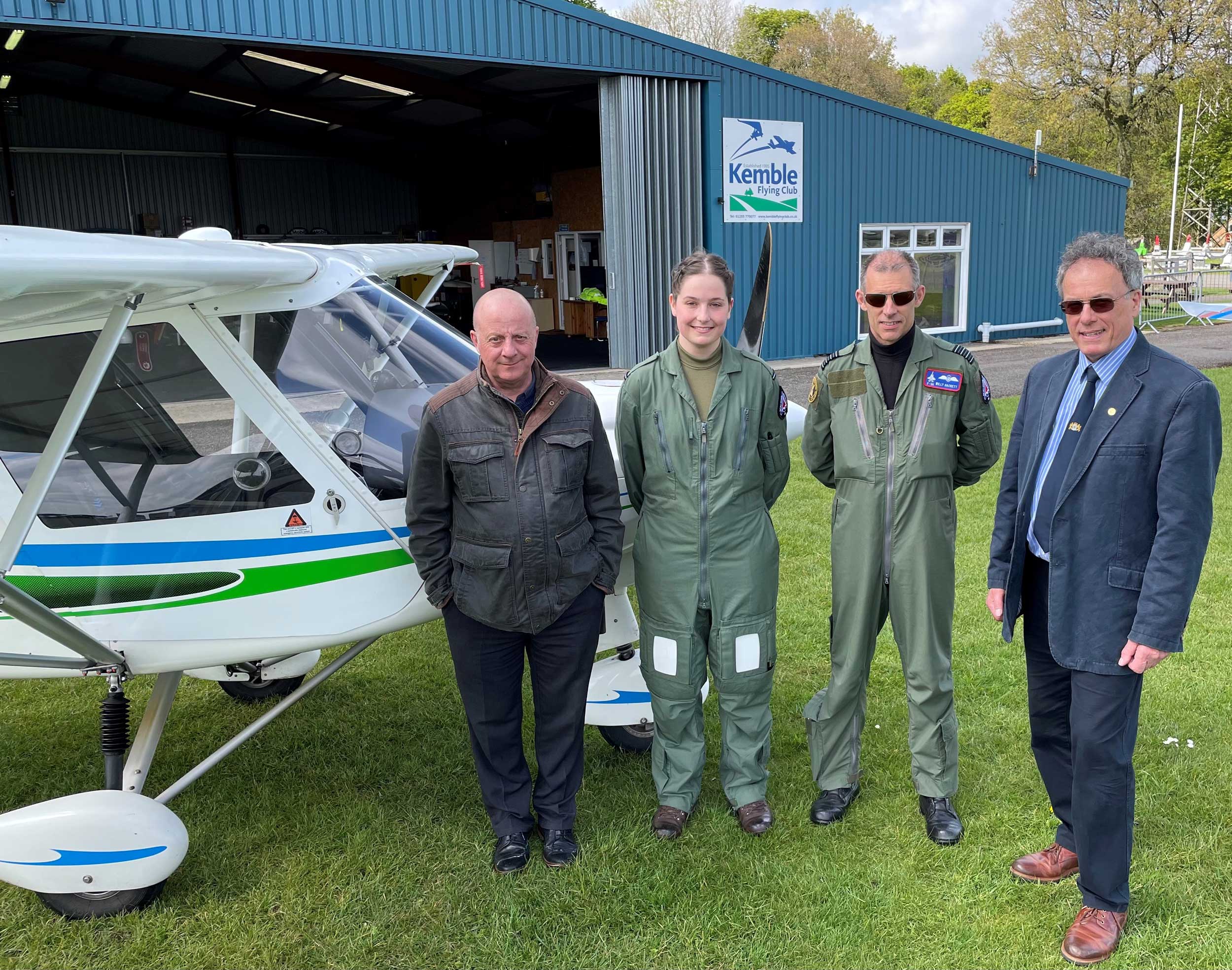 Modifications to fit a satcom aerial, radio and power supply were completed swiftly, using a C42. On 14 May, members of the RAF RCO, the A400M delivery team, Spectra Group (UK) Ltd and the BMAA technical department watched as the C42 took off from Cotswold Airport and demonstrated a novel application of satcom technology.

David Young (‘DY’), an instructor and former member of the BMAA council, has wanted to use microlights for commercial work since the 1980s but the idea failed to gain traction until now.

He said, “There is no doubt that it was the detailed safety submission from the end user, the RAF, as to how they would conduct these capability demonstrations, that will have been a deciding factor in the CAA granting the permission.

“The fact we have a war against global warming and that COVID-19 has opened minds about how we do things, has no doubt had bearing on getting this project live. It is fantastic to use low cost, exceptionally low fuel burn microlight aircraft for aerial tasks.

“Drones are brilliant at VLOS applications but there is a niche here and there may be opportunities for using microlights commercially in future. We are working closely with the BMAA on this.”

Professor Patrick Baker, a communications and information systems expert, has been a microlight pilot since 2014.

He added, “This is ground-breaking, it is disruptive technology. We have taken something which hitherto would not have been permitted by the CAA and have driven a safety case through the bureaucracy. There is no reason not to be doing this.” 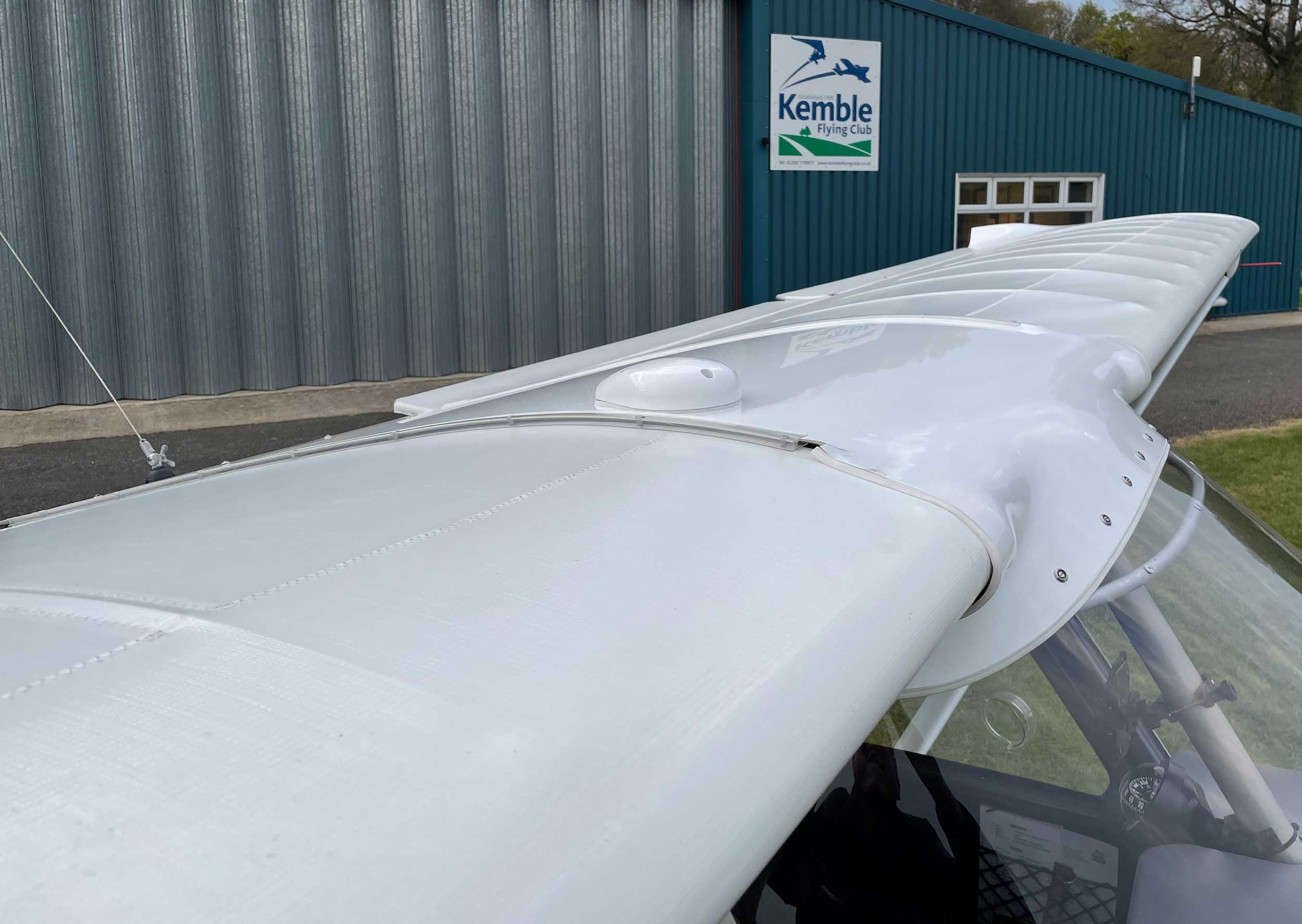 As the work progressed, DY developed a safety management policy and was subjected to a military airworthiness authority audit. For now, the aircraft can only be operated by commercially qualified pilots, with suitable training by microlight instructors and who hold a minimum Class 2 Medical.

However, one more exciting development is that DY is working with the BMAA to see if there may be an opportunity to introduce some form of basic commercial microlight pilot licence.

Gp Capt Hackett is the RCO test pilot and is confident the microlight platform has a significant role to play.

“We managed to change policy, modify an aircraft to use some novel kit, and demonstrate to our customer how quickly and simply this technology could be adopted by the front-line user,” he said.

“I have been really impressed by the microlight community. They’ve got a great ‘can-do’ attitude. This new capability is responsive, cheap and environmentally friendly, all brilliant for us. This is just the start and before long we’ll have microlights flying around with all sorts of clever experimental kit onboard.”