It was my childhood dream to become a professional pilot. When I was doing my GCSEs, British Airways was offering a cadet scheme.

However, you needed A-levels in physics and mathematics, which I failed. After A-levels, I lived in Belgium with my family where I retook (and passed) maths – and learned to fly.

I did seven hours in a PA-38 at the Chièvres USAF base, with a Colonel who used to fly B-52 bombers.

Training went slowly, as it was always raining in Belgium, so in 1991, I booked a ticket to Florida.

PPL training there was massively intense: several flights a day and groundschool in the evenings. I’d just learned to drive a car and there I was, practising stalls over sea – I really enjoyed it. My first USA flight was on the 1 July – and on the 7th I soloed.

“After being paralysed from the waist down in May 2018, I was told that I may never walk again. I soloed again in January 2022”

I didn’t have time to be nervous! There was so much going on – I didn’t even have time to celebrate afterwards. Also, I was only 19 and knew no fear.

I remember finding it strange being by myself and throughout that flight I kept on talking out loud, as if the instructor was still in the aircraft.

I still do that nowadays, it helps to manage your workload in the cockpit and ensures you don’t miss anything out. My solo was a memorable moment. Even more memorable, though, was someone else’s first solo…

Tell us about it?

Since I didn’t get into British Airways, I became an ATC Officer in the RAF. During my first training session in tower at RAF Benson, in 1993, a young woman was sent solo in a Bulldog.

After calling downwind, she said: “Oh God, somebody help me.” I turned around to my instructor, who looked at her flying instructor.

He grabbed the headset and talked to her like he was next to her in the aircraft. After making her go-around to calm her down, he got her to focus, and made her realise she could do it. It was incredible to watch!

She got down safely, but then stopped on the runway, burst into tears, and never flew again…

Why the gaps in your own flying?

In May 2018, overnight a disc in my back shattered into my spinal cord. I received emergency surgery but was paralysed from the waist down.

The surgeon said there was a chance that I’d never walk again. After spending months in a wheelchair and working very hard, I could walk with a stick.

Every year, I’d set myself new goals. One was seeing if I could get my PPL back. A medical flight test proved I had enough power in my legs to control the rudder and on 28 January 2022 I soloed again.

How did that differ from your first solo?

I was older, wiser, and more scared! I said to myself: “Don’t mess up!”. However, flying is like riding a bike – despite the 20 year gap, it all came back.

As I fatigue easily, I didn’t want to put any time pressures on myself. Recently, I passed my PPL.

Taking up friends and family, starting with my dad. I’m 50 now, so I’ll never become a professional pilot, but perhaps I’ll do a Night or IR rating.

Also, I want to continue raising awareness for Aerobility. It’s such an amazing charity. Seeing the look on the faces of people with severe disabilities, who never thought they’d be in an aircraft, when they come back from a flight, is priceless.

There’s a pilot who feels different on the ground, but in the air, he’s just another voice on the radio.

Another is always in pain, apart from when he’s flying. His body is concentrating so hard, the pain receptors shut off. Aerobility literally changes lives through flying.

The freedom it brings, even if it’s just doing circuits at your local airfield. I’m looking forward to going on little adventures, to the Channel Islands or Cornwall for a beach picnic and a swim.

With flying, there are so many opportunities, the world’s your oyster. 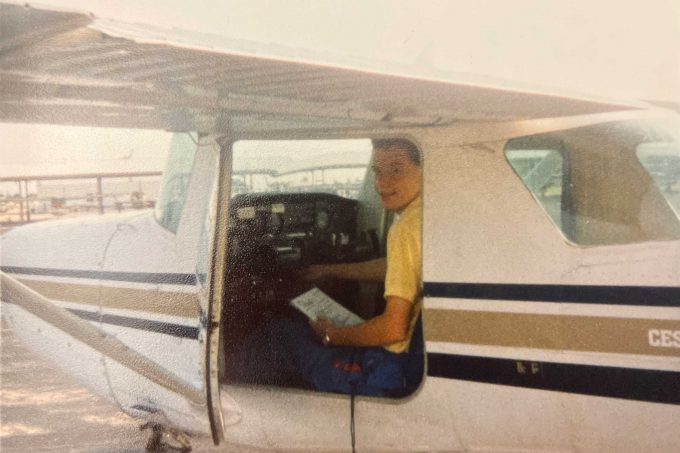 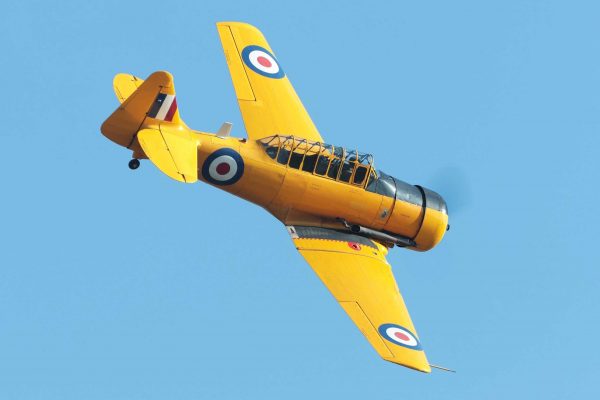 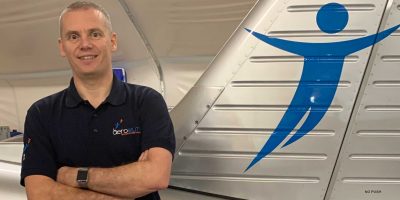 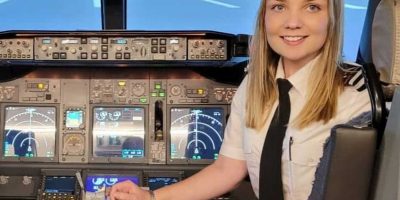 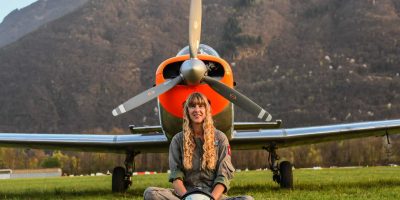