Even though it didn’t break the existing distance record, there are a couple of unusual aspects to this amazing flight relating to the glider design and to in-flight use of soaring weather data.

The Nixus sailplane was created by Brazilian-born aerospace engineer and Professor Paulo Iscold, who built the sailplane with students from the California Polytechnic State University in San Luis Obispo and first flew in 2019.

Modern gliders have full span flaperons that move positively and negatively along the entire span. The Nixus flaperon control system is fly by wire and designed to provide optimum settings, reduce space needed in the wings for mechanical linkages, and reduce pilot workload on long flights.

Skysight is a paid-for soaring weather app that provides an extremely high detail model of most soaring regions around the globe that is carefully configured and calibrated to predict lee wave very accurately, as well as other soaring conditions.

Many soaring pilots who are serious about racing or distance flying have the forecast mapping preloaded in their soaring computer/moving maps before flight so that if they lose the lee wave or they’re in the blue (ie, there are no clouds marking the wave) or they just want to know where the peak lift is, they have it available to them on their navigation device at all times. 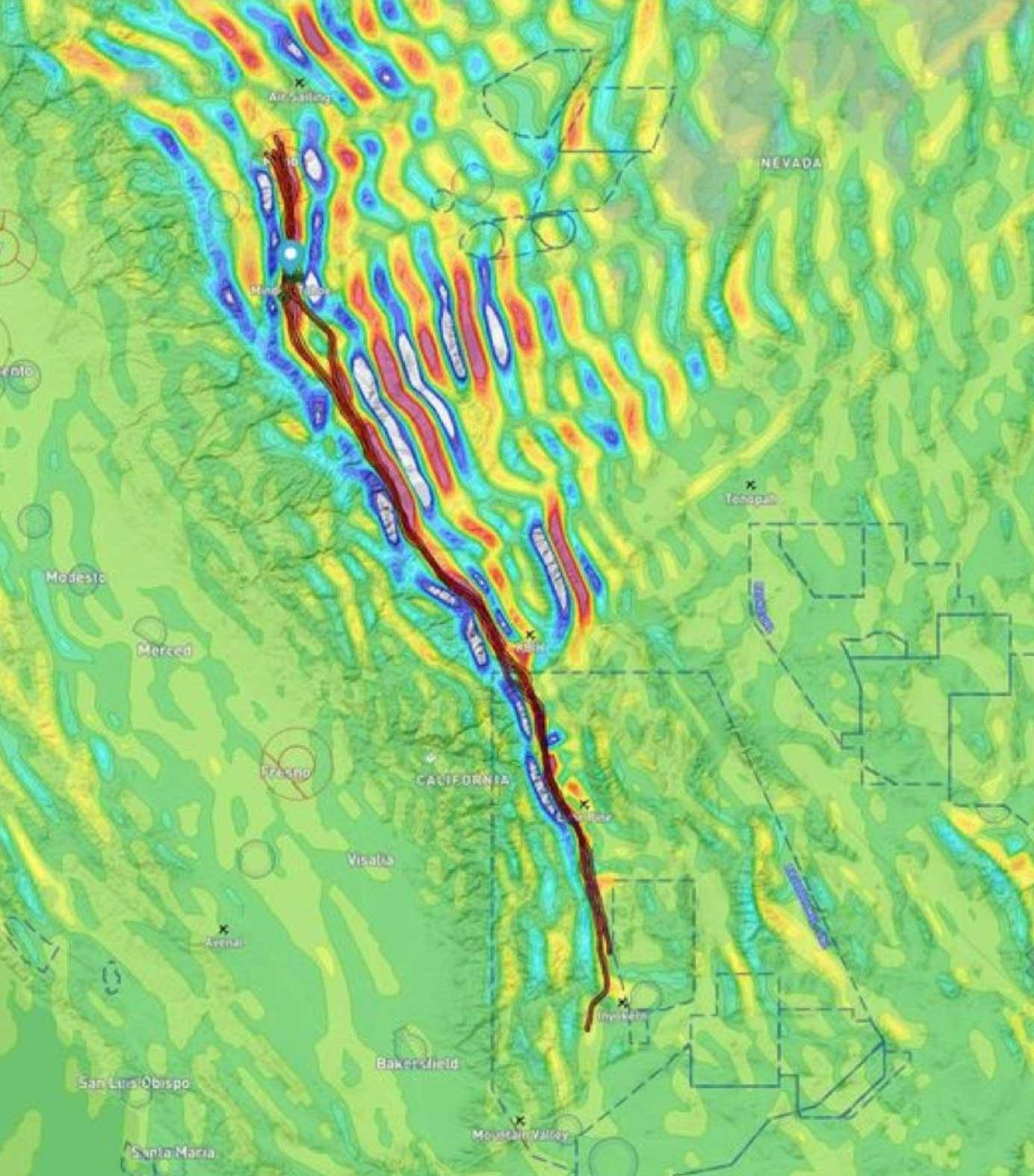 This image shows the flight trace overlaid on top of the Skysight imagery showing the lee waves during the flight on the 12 June.

You can view the flight trace, details and pilots comments here.