After cracking the user interface and logic flow this is a reliable radio – as a primary a means of communication, or an effective backup…

The Yaesu FTL-850L is a VHF transceiver with everything you need to communicate while flying anything from flexwings to fixed-wing. Priced at £439.96 inc VAT (from Pooley’s Flight Equipment, as an example), the unit is packed with features that will aid, not just communication, but also navigation although, as we’ll come to it, some features are redundant in our airspace.

Opening the box, the radio unit is solid and comes with a substantial operating manual, DC adapter for powering in your car or aircraft, numerous wall plug adapters with charging cradle, USB to micro USB cable for PC programming and two types of portable power; 2200mAh lithium-ion rechargeable battery pack and a 6 x AA battery case – good for emergencies! Also included is a twin-GA plug adapter, to enable the use of your headset. An optional extra is a PTT button to mount on a stick / yoke.

The FTA-850L features a WAAS GPS receiver and logger, with 400 memory channels available, and both VOR and ILS navigation displays. US pilots can benefit from NOAA weather channel receive and alert functions, obviously not reasons to mark the Yaesu down at all, but a reminder of how things could be over here.

The unit is bluetooth capable, and also features noise cancellation of both transmission and receiving communications. For flexwing pilots, it comes with an IPX5 waterproof rating, which means it’s fine when it comes to rain showers.

Developments over the FTA-750L feature the 2.4in full colour display, increased transmission power output from five watts to six, and a doubling of the memory channel storage capacity.

I had the FTA-850L in its charging cradle within two minutes of opening the box and left it for a couple of hours to charge before using it for the first time. Quickly tuning my local airfield from my desk (with a roof mounted aerial) resulted in clear communications from aircraft in the circuit.

As with most transceivers and receivers there is some logic to learn, you can dial and listen pretty fast, but saving to memory banks, scanning settings, and advanced features do need a read of the manual or, in my case, a quick look on YouTube.

The available PC software also does a good job of taking some of the fiddling out of setting up banks of channels. If you’re buying a transceiver or air band receiver trust me, plug it into a PC and add frequencies that way, it saves a lot of hassle compared to button pushing and knob turning on the radios themselves!

My plan to test the radio was initially hampered by having a non-flying aircraft, but, when out in the field operating with the supplied whip antenna, the broadcast and reception of voice communications was excellent.

“The unit is bluetooth capable, and also features noise cancellation of both transmission and receiving communications”

I used the radio for the first flight of our RV after upgrading the engine mount and refitting the engine, with me on the ground with the FTA-850L. Comms were clear, very legible through the built-in speaker and battery life lasted well, using it to the intensity that you might when flying in a circuit.

It also integrated to in-car bluetooth within seconds, which was a bit of a novelty, the feature being designed for use with headsets.

Fast forward a few days, and I was able to fly while listening to the radio being used from the ground and the vocal clarity inside my headset was absolutely crystal clear – definitely readability five.

The 850L’s big selling feature is the VOR and ILS functionality, which I managed to put to the test. In order to navigate to a VOR or start flying an accurate approach, you simply punch in the frequency and, if the Yaesu detects the appropriate signal, will return with either a CDI display or glideslope and localiser on the screen.

I have no cockpit instrument with which to compare the ILS readout, but things looked broadly correct visually when flying nearby a local airfield, tuned to their ILS frequency. The radio also has a GPS logged and basic navigator, which can log your track for export to something like Google Earth after you’ve flown.

Would pilots make use of this in the real world? Perhaps not so much in the UK, where homebuilts and microlights (more likely to use this sort of radio) rarely fly IFR, but the FTA-850L will suit pilots flying low and slow who want the ability to navigate.

It’s worth noting that there are no separate COM and NAV receivers, so you have to pick between navigating or communicating one at a time.

Is the FTA-850L good as a backup? It could certainly help you in a situation where avionics drop dead, and searching the internet shows lots of instances of its predecessor the FTA-750L being carried in IFR-capable aircraft.

Beyond this particular radio, what became apparent to me early on, was how useful a transceiver is when you fly from a farmstrip. The added situational awareness it can bring definitely enhances safety, and I’ve been particularly impressed with the Yaesu’s abilities. I’ll more than likely buy a Yaesu to have in my flight bag!

In short, once you get past the initial learning curve of user interface and logic flow, this is a strong, robust and reliable radio that does exactly what it says on the tin (or cardboard box) and offers features that could complement many different types of flying, either as a primary means of communication, or indeed a reliable and effective backup. 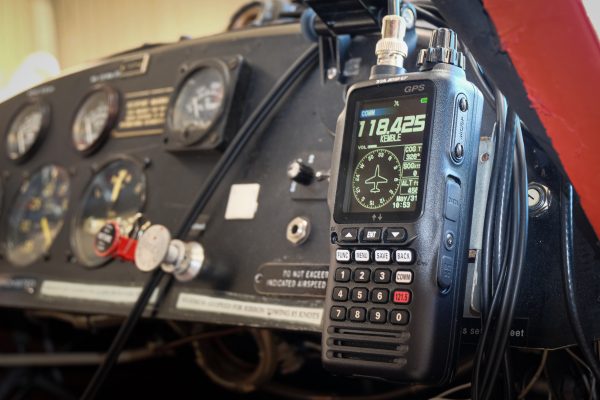 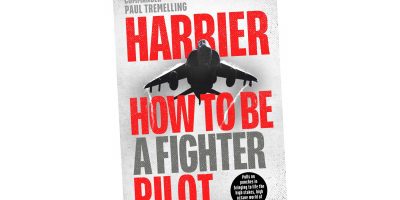 How to be a fighter pilot… 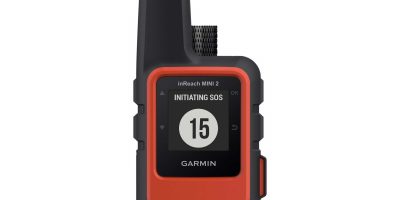 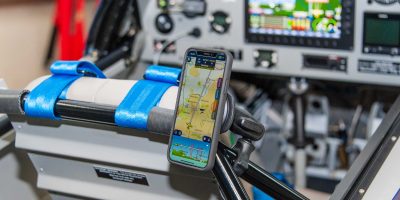 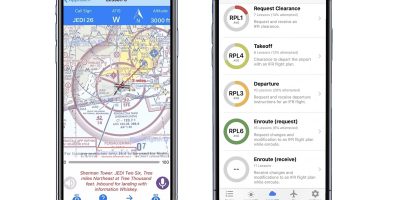