Reiner Stemme, boss of the company, said, “We have used the opportunity of corona-induced delays to further develop and incorporate many design improvements. The overall performance and handling of the aircraft has been significantly enhanced.”

The Elfin20.e looks a similar design to Stemme’s existing S10 and S12 motorgliders fitted with Rotax engines but has been thoroughly reengineered for an electric propulsion system. 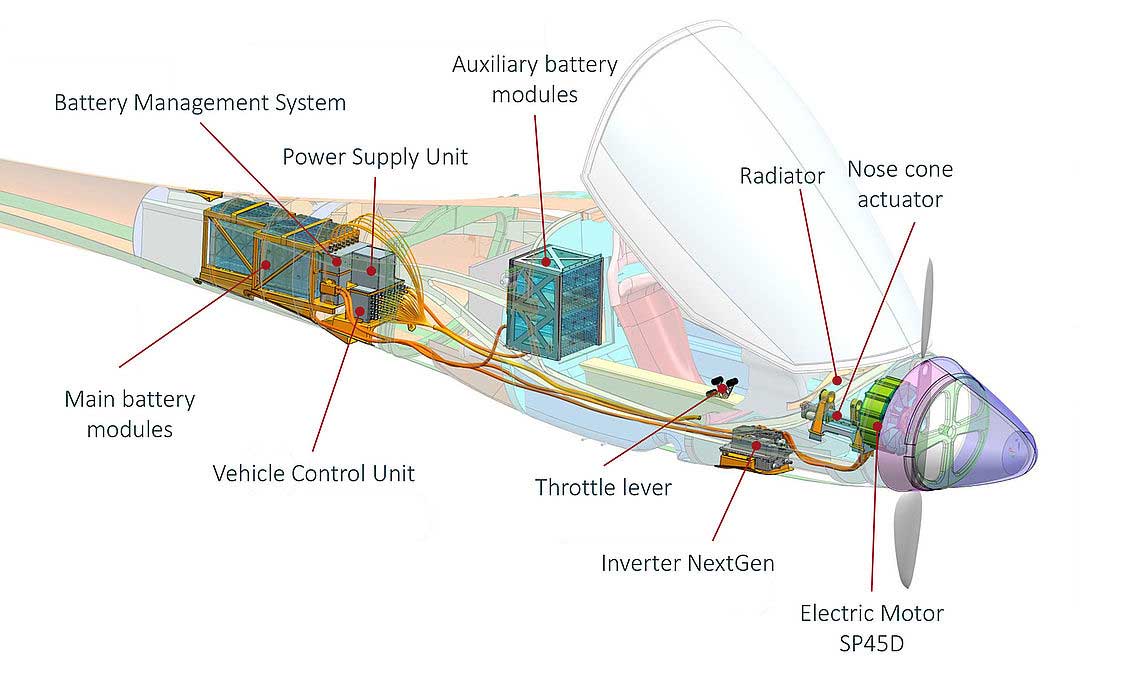 The Elfin20.e battery capacity has been increased by 50%, with three 10.5kWh battery packs instead of two, meaning it can take off and fly for 2.5 hours on pure electric power. For gliding, the prop blades can be retracted into the spinner, as per the S10 and S12, for reduced drag.

A second version of the Elfin, the Elfin20.ex, has a range extender. Originally Stemme had put this under the wing in an external pod. Now, the range-extender has swapped places with the optional third battery, reducing both aerodynamic drag and weight. The changes have increased range by 10% to 1,100km (600nm) at 185km/h (100kt).

Range extender sits in the back of the aircraft, replacing one of the battery packs

The range extender is the avgas burning AE 50R rotary engine produced by Austro Engine, the Austrian company set up by Diamond Aircraft to produce engines for its aircraft. The AE 50R works with an Emrax generator to charge the batteries while airborne. The system is mounted in the rear fuselage. Two 45 litre fuel tanks are in the wings.

Stemme has also installed a BRS Aerospace rescue parachute system, with EASA and FAA approval. The system is certified to max t/o weight (900kg) and VNE (300km/h) and is optimally placed in the central hull.