Turbine, piston and electric power for Bristell's B23

How many exciting new projects do you want on a show stand? One, two? How about four? That’s Bristell, displaying a turbine version of its B23 low-wing two-seater, the same B23 with a Rotax 915iS engine, a B23 with the Swiss H55 electric propulsion unit, and the B8 high-wing two-seater.

The B23 Turbine first. The power unit is the 130hp turboshaft motor from French company Turbotech (the same as fitted to the JMB VL3 Turbine) and although the engine alone costs €90,000, it does have a TBO of 3,000 hours and gives a claimed fuel burn of 25 litres/hour. It’s also much smoother than a piston engine. 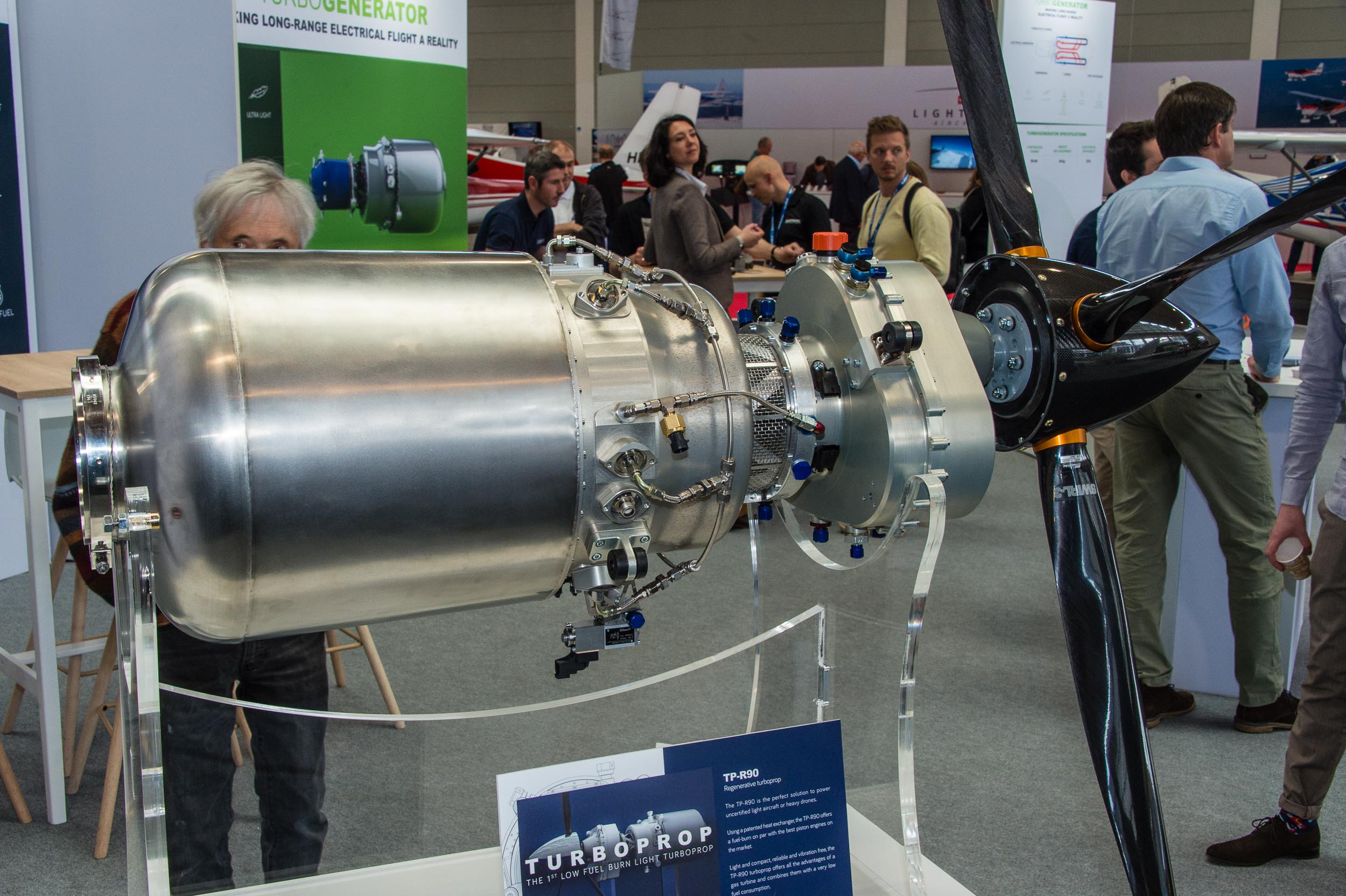 However, Martin Bristela, son of company founder Milan, explained that he and his father wanted to build the B23 Turbine because of the challenge, rather than as an addition to the range.

“It’s more of a hobby aircraft,” he said. Apart from the cost, not all countries will approve the B23 fitted with a turbine engine, limiting its sales appeal. However, Bristell has made a very neat job of the installation, fitting under a sleek cowling with two huge turbine exhausts routed underneath the aircraft. Inside, the cockpit is simplicity itself with two large buttons, green for engine start, red for engine stop. 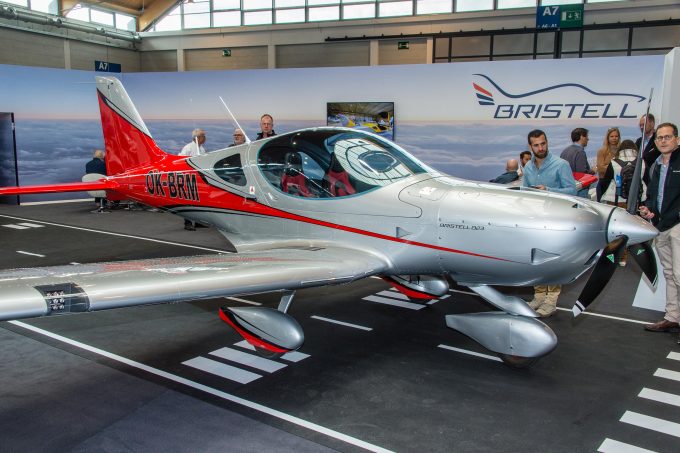 Bristell B23 fitted with Rotax 915iS engine

The B23 fitted with the 915iS Turbo engine is far more of a commercial proposition, continued Martin. That was an instant hit when announced and forms the bulk of new aircraft orders and sales, along with the long-standing NG5 two-seater.

“For the first two weeks after Covid locked down everything, there was total quiet, no calls, no emails,” said Martin. “But after that the orders for the 915 and NG5 came flooding in.”

The result was 100 aircraft delivered in 2021 and an expected 120 aircraft for 2022, which fills the Czech company’s current production capacity. 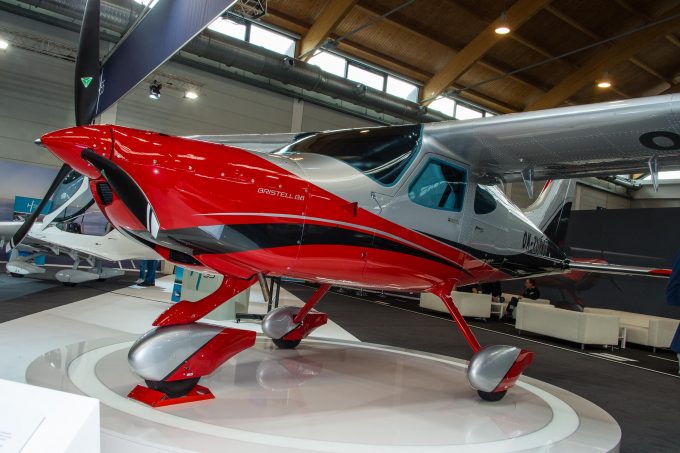 Wonky knees and stiff back? Bristell’s B8 high-wing aircraft is being developed with the aim of being easier for older pilots to get in and out of than low-wing aircraft

That means production of the B8 high-wing two-seater is less urgent than it once was, when Bristell thought demand for the NG5 might decline. They have four B8s on jigs at the moment, making a total of five aircraft including the demonstrator, but Bristell is taking its time to develop the aircraft further. Plans include a deeper cockpit with a bigger door, to make it easier for older pilots to get in and out. For the same reason, the B8 has twin yokes instead of between-the-legs control sticks.

“The B8 is intended as an aircraft for pilots aged 70 or older to carry on flying, when they might be finding it difficult to get in and out of a low-wing aircraft,” said Martin. 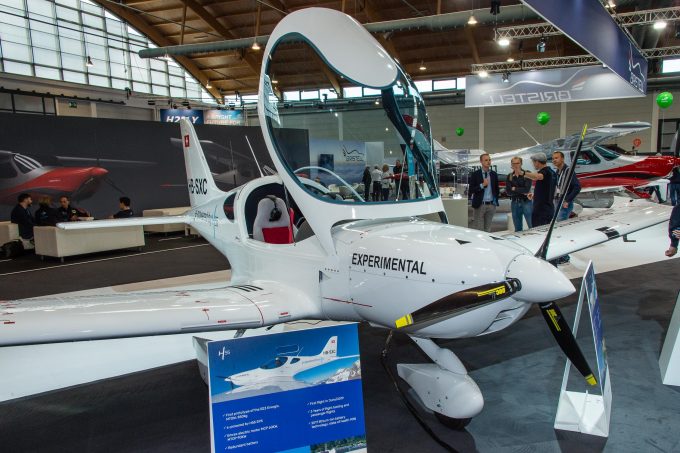 The B23 Energic model is a venture with Swiss electric aircraft pioneers H55, borne out of the Solar Impulse round-the-world flight. H55 is pursuing EASA type certification of the aircraft, which will eventually sell for around €300,000, possibly by the end of 2023. This is no small venture with more than 50 people now working for H55 at its plant on Sion Airport, Switzerland.

The standard mission for the B23 Energic is 6 circuits for a flying school, equivalent to a standard 1-hour flying lesson, allowing for a 30-minute reserve. H55 cites the cost of electricity for a one-hour flight as $7.