+VIDEO Major airports have sophisticated instrument landing systems which allow an airliner to make an automatic landing if the crew chooses. GPS approaches are heading that way too but still require some form of ground-based assistance which limits its use.

But supposing the aircraft is carrying its own instrument landing system, something that works with the GPS unit to position the aircraft but is accurate enough to judge the flare, hold off and touchdown without the pilot needing to do anything?

“Autoland” is the magic word and researchers at Germany’s Technical University of Munich (TUM) have pulled it off.

In May, a Diamond DA42 modified with TUM’s equipment made a successful and completely automatic landing at Wiener-Neudstadt Airport in Austria. It’s known as C2Land.

So how does it work?

The team designed an optical reference system with a camera in the normal visible range and an infrared camera can provide data under conditions with poor visibility. The researchers developed custom-tailored image processing software that lets the system determine where the aircraft is relative to the runway based on the camera data it receives.

The TUM team developed the entire automatic control system of TUM’s own research aircraft, a modified Diamond DA42. The aircraft is equipped with a Fly-by-Wire system enabling control by means of an advanced autopilot, also developed by the TUM researchers.

To make automatic landings possible, additional functions were integrated in the software, such as comparison of data from the cameras with GPS signals, calculation of a virtual glide path for the landing approach as well as flight control for various phases of the approach. 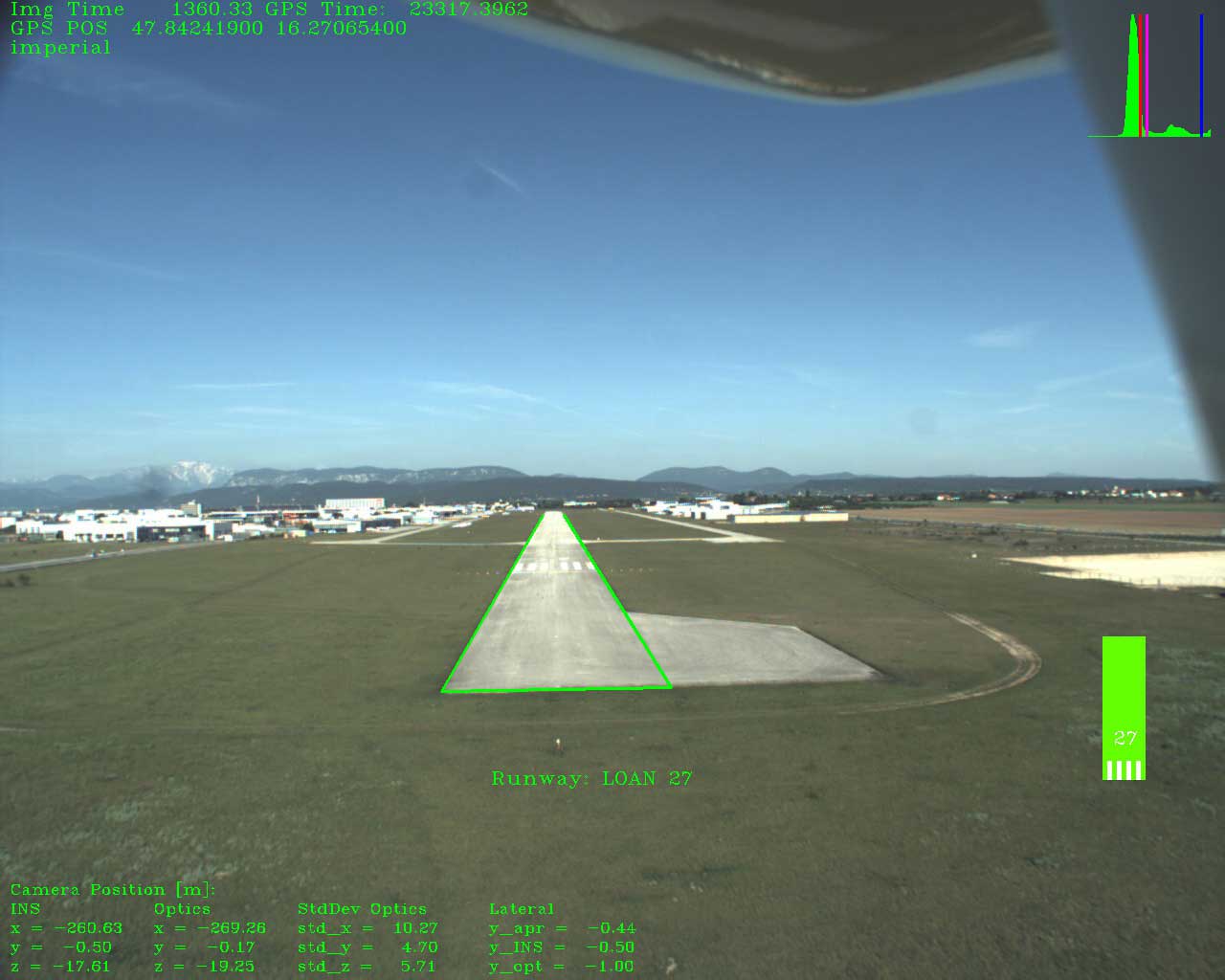 The onboard cameras capture the runway and can work out the aircraft’s height, directing the fly-by-wire system to make a smooth landing. An infra-red camera does the same in poor visibility

Test pilot Thomas Wimmer, the man who had to let the aircraft do its own thing and land automatically with him onboard, said, “The cameras already recognise the runway at a great distance from the airport. The system then guides the aircraft through the landing approach on a completely automatic basis and lands it precisely on the runway’s centreline.”

The applications for the system are many. It means airfields without an ILS can be used in poor visibility. The equipment is light and small enough to be carried by General Aviation aircraft, making them more useful in poor conditons and also providing a safety net should the pilot become incapacitated. 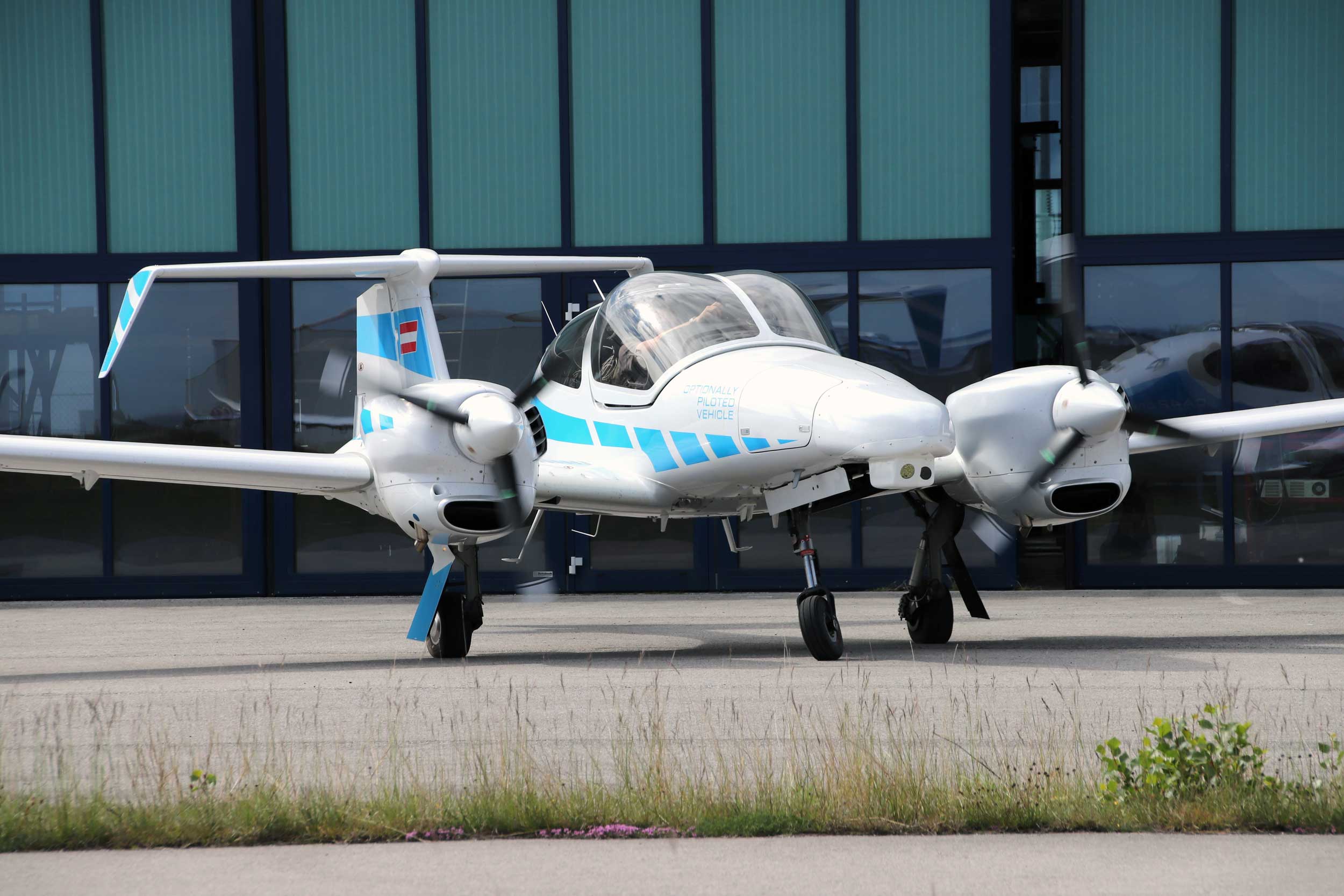 TUM’s modified Diamond DA42 aircraft was used for testing. See the cameras under the nose

But also the current rush to develop automated air taxis needs a system to land in poor visibility.

“Automatic landing is essential, especially in the context of the future role of aviation,” said Martin Kügler, research associate at TUM.