Looking remarkably similar to the helicopters from the movie Avatar, Bell’s Nexus is powered by a hybrid-electric propulsion system and has six tilting ducted fans  for lift and forward propulsion.

“Bell Nexus means the nexus of transport and technology and of comfort and convenience,” said Mitch Snyder, president and CEO, Bell. 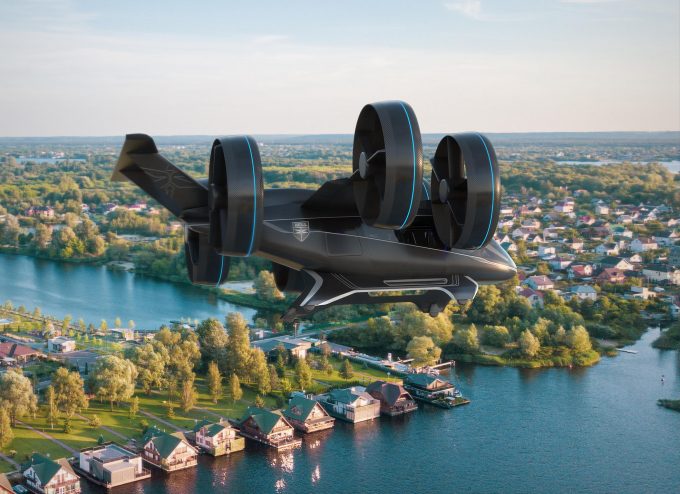 Several high-tech companies are collaborating on Nexus, making it one of the more serious players in the VTOL air taxi revolution.

They include Bell, Safran, EPS, Thales, Moog and Garmin. Bell leads the design, development and production of the VTOL systems. Safran will provide the hybrid propulsion and drive systems, EPS will provide the energy storage systems, Thales will provide the Flight Control Computer (FCC) hardware and software, Moog will develop the flight control actuation systems and Garmin will integrate the avionics and the vehicle management computer (VMC). 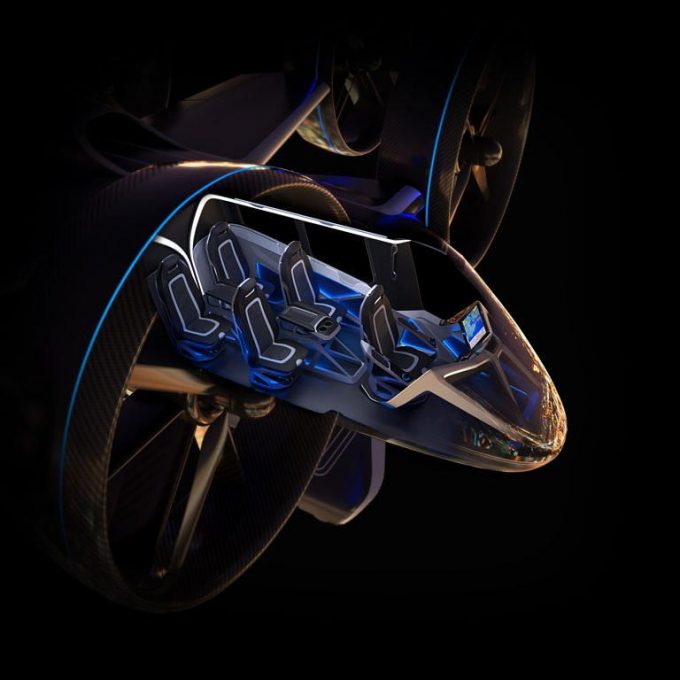 According to Vertical magazine, the Nexus has three four-bladed ducted fans, each about eight feet in diameter, attached above door-level on each side of the fuselage.

Three fans rotate clockwise and three counter-clockwise to balance the torque the aircraft generates. The blades in the fan will be able to start and stop extremely quickly, which would be helpful when loading and unloading passengers.

The powertrain has a turbine engine turning a generator producing DC electricity which powers each fan’s direct drive electric motor. So, no gearbox and no drive shafts.