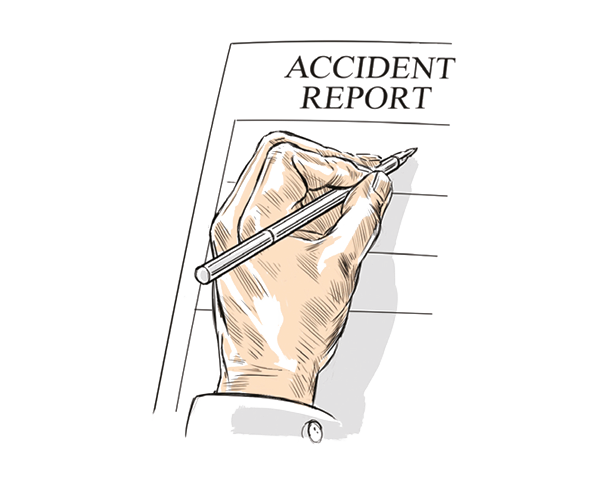 Summaries and comments on accident reports from around the world. This month’s Safety Kit looks at calibrating a fuel dipstick

The Mooney, built in 2015, was being flown by a 61-year-old pilot with 1,800 hours experience, 42 hours in the last 28 days into Holly Ridge, an 1,100m x 27m grass runway, at 48ft elevation, with broken cloud at 8,000ft and calm conditions. On the first approach, the pilot reported that they were too fast and they executed a go-around. On the second approach, they touched down, but much deeper than their aiming point. They then decided that they could not perform a safe go-around, so applied maximum braking. However, they overran the runway and struck ground equipment, damaging a wing.

Cat’s comment. While the decision not to go-around may have been Hobson’s Choice after touchdown, it could certainly have been performed safely earlier on the second approach, ideally when it became apparent that it was another high energy approach – or even in the flare, when a touchdown was not made in the first third of the runway.

The pilot attempted a flapless landing at Milton, Florida, onto an 1,100m x 23m runway. The pilot stated that one wheel brake failed to operate, causing a runway overrun. However, while the aircraft had no annual check, the brakes were functioning normally after the accident.

The landing was witnessed by two instructors and a student, who was a safety inspector for the US Marines. All reports were consistent in describing the Aztec as being very high on final and fast over the fence. The touchdown was made after the midpoint of the runway, as assessed by one of the instructors, who was on the ramp, south of the midpoint.

Cat’s Comment. While this accident was waiting to happen, due to the lack of suitable training, rating, recency or fitness of the pilot and no recorded maintenance of the aircraft, it was caused by landing fast and deep.

Preflight, the pilot estimated, using the gauges, that they had one hour of fuel in the left tank and 30 minutes in the right. The plan was for circuit flying so the intention was to fly on the fuller, left tank.

On the second circuit, the engine vibrated then stopped. The pilot retracted the gear and flaps and tried to restart the engine twice, but failed. They did not notice the fuel pressure nor contents.

They landed in a field short of the runway and hit the far side of a ditch, causing the pilot back pain.

Cat’s Comment. In any aircraft which runs off a single, selectable tank, the first instinctive diagnostic check should be to change tanks. Even if the original tank is not empty, as in this case, you could rectify a blockage or a contaminated fuel stop.

The planned flight was a test flight for permit renewal and pilot recency as neither had flown for eight months. The aircraft had been stored with empty tanks and the pilot had brought two 10l and one 5l container of fuel. However, they were so preoccupied with the test flight schedule that they only put 15l in the aircraft.

After 45 minutes of test flight and 45 of general handling the pilot returned to Pembrey where a combination of rustiness and no headwind resulted in one go around from a fast approach and a second go around from a long float (both good decisions).

However, on the second go around, the engine stopped, resulting in a forced landing in a field, resulting in nose wheel damage from the rough ground. The fuel tanks were subsequently found to be empty. The use of all 15l was consistent with the expected 10l/hr normal usage. The pilot considered the fuel gauges unreliable.

Cat’s Comment. The pilot was punished for some good airborne decision making by their distracted flight preparation. Fuel mismanagement is a very common cause of off field landings. In both these incidents, the pilot ran a tank dry when they were expecting to be able to fly for longer than they had. Mechanical fuel gauges are notoriously unreliable. These days, most of us are used to electronic gauges in our cars but the gauges in the average Piper remind me of my 1957 Morris Minor.

How to calibrate a dipstick