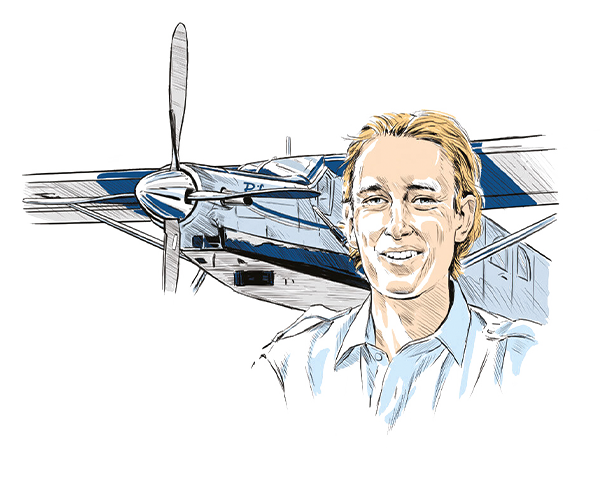 You might remember a few weeks ago, it all got a bit windy for a week or two while various storms worked their way across the UK. Any sensible aviator would have looked at the numerous warnings from pretty much every source of weather forecasting under the sun (that’s the big orange thing in the sky we sometimes see, in case you were wondering) and decide it might not be such a good idea to go for that £100 hamburger. Heck, with all the dire warnings over Storm Eunice, I suspect a lot of people were put off even leaving the house, and perhaps wondering if they still had a roof on it when they eventually did…

But many professional aviators had to go to work and go and do battle with the storms while maintaining safety standards. But how on Earth do you plan a flight when everyone is telling you that you should cancel? And how do you make the call to go or not when you have non-aviation clients asking if it’s safe to fly and how bumpy it will be? (Spoiler: safe and very bumpy!).

The first thing you must do is try and mute all the hysteria on the news over these things in order to form your own objective opinion on what the weather is going to do. I don’t own a TV or watch the news but I am on social media, so it is all but impossible to do this, but you have to at least put it out of your mind while looking at the various forecasts, both aviation-specific and more general.

When planning a flight, it all starts a few days beforehand. The general, non-aviation forecasts from the likes of the Met Office are pretty good at giving you a general idea as to where the wind will be coming from throughout the forecast period. This is, of course, vital because the main stopper will be if the wind goes beyond crosswind limitations, either your aircraft’s, your company’s or your own personal limitations. Wind, provided it’s mostly aligned with the runway you’re planning to operate from, isn’t usually a problem for aviation. Fog, mist, low cloud and just plain old poor visibility are much more likely to cause a flight to be delayed or cancelled.

Luckily, I only had one flight booked in during Storm Eunice which was a departure from the south of the UK to somewhere much less windy in the Swiss Alps. The initial forecasts were suggesting that the wind would be from the west before backing to be from the south as the storm passed over the UK. With that in mind I advised our clients that provided this proved to be the case, we should be OK to depart the UK. Another bonus was that the strongest winds weren’t due to come in until it started to back from the south.

As we got closer to Friday’s departure date, the forecasts firmed up and I was able to start looking at the TAFs for the southern UK airports. It’s always interesting looking at TAFs that read more like a novel than a single line of text, but picking through them I could see that provided we departed the UK before late morning, we should be fine with the gusting 50kt blowing almost straight down the runway. While that was not going to make for the most comfortable of departures, it would be safe and well within both the aircraft and my limitations.

With strong, gusty winds it’s always worse closest to the ground and under the clouds. Provided there’s no large shift in wind speed or direction as you ascend, it should be smooth once above the cloud layers though. It’s always a fine line to inform passengers of the weather, yet not frighten them. As pilots we’re used to turbulence, but I find even frequent non-pilot flyers get nervous about it and want to know ‘how bad will it be?’. The idea of light to moderate turbulence can feel extreme to ordinary people, so when briefing passengers you have to err on the side of ‘it’ll be worse than you think’.

It’s always satisfying when the briefing you give to passengers regarding a flight turns out to be exactly as you said it would be – and as expected it was fairly bumpy for the first few minutes of the flight during Storm Eunice, but once we got a couple of thousand feet up and pushed through the first cloud layer all was well. Once on top, the forecast tailwinds made the flight very quick all the way to the Alps.

I’ll finish off this month’s column with an announcement. I’ve been doing these columns for seven-and-a-half years now and I feel it’s time for me to sign off. It’s been amazing to share with you my flying adventures from the jungles of Indonesia into the corporate world of flying the PC-12 around Europe. But fear not! I’m not hanging up my keyboard just yet and will be focusing on finishing the book I’ve written about my time flying in Indonesia. As yet, I haven’t a deadline as to when it’ll be published, but very soon I hope, and I will let Dave know when it’s ready to share with you, the FLYER reader. Until then, happy landings… (Oh, by the way, go and fly a Cub if you haven’t already!). 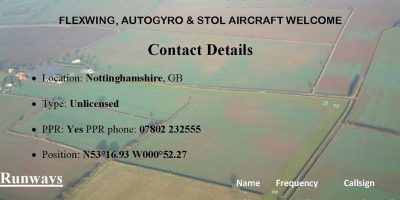 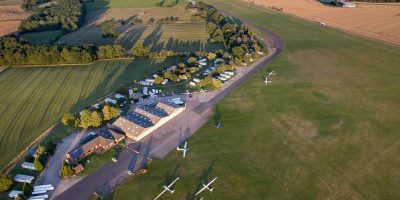 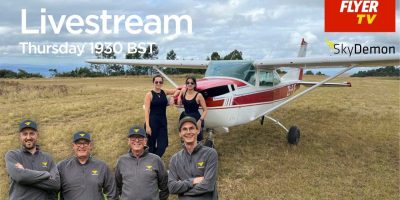