+VIDEO A battery-powered electric Robinson R44 helicopter made its first flight in California recently. The electric conversion was created by Tier 1 Engineering as part of a project to produce an Electrically-Powered Semi-Autonomous Rotorcraft for Organ Delivery (EPSAROD).

The first flight was manned and flown by Captain Ric Webb of OC Helicopters, a charter company, at Los Alamitos Army Airfield.

“I’m very pleased to achieve this historic breakthrough in aviation,” said Glen Dromgoole, President of Costa Mesa-based Tier 1 Engineering. “Never before has a manned helicopter performed a vertical takeoff, cruise and landing solely on battery power, and we are thrilled to have further achieved 400 feet altitude and 80 knots during our first full test flight.” 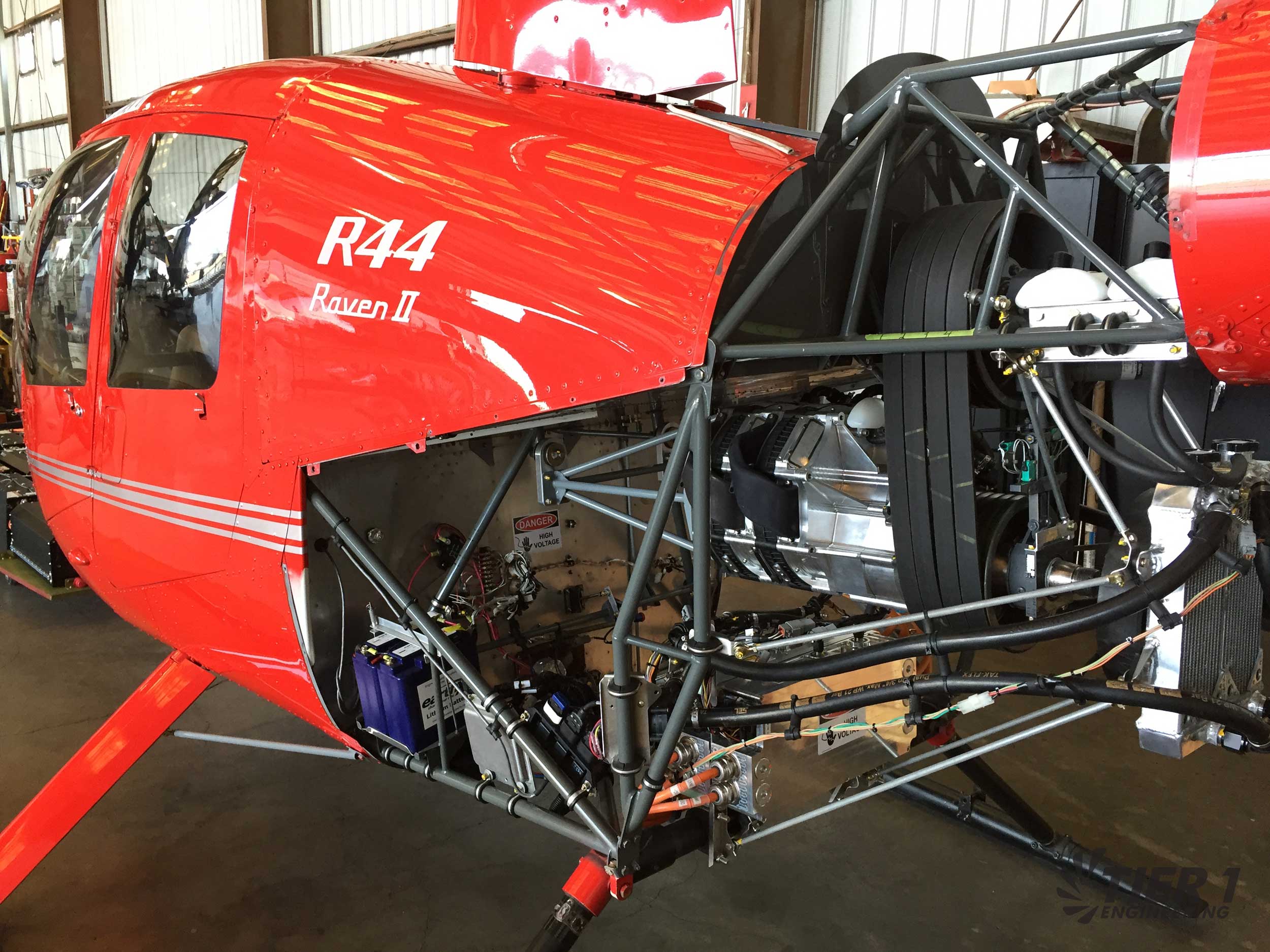 The electric motor and drive system fitted to the R44.

That’s a lot of batteries!

The Tier 1 Engineering team designed and integrated all of the helicopter sub-systems, which included 1100 lb of Brammo Lithium Polymer batteries, twin electric motors and a control system from Rinehart Motion Systems. The five-minute flight drained approximately 20% of the battery energy.

The EPSAROD project is led by Lung Biotechnology, a company specialising in the treatment of lung disease and part of United Therapeutics. It intends to apply EPSAROD to distribute manufactured organs for transplant to major hospitals with less noise and smaller carbon footprint than current technology.