Elixir tweaks its two-seater in tests

“If you have a sharp eye, the latest additions to the aircraft have certainly catched your attention,” says the team in the update. “A keel under the fuselage, fences on the wing’s upper surface and a new air intake.”

So why the changes? Elixir explains:

“Fences – you won’t fear the spin anymore. In case of a mistake, fences are especially important during the last turn, at low speed. They avoid entering into a spin.

“Their aim is to prevent the post-stall turbulent air flow reaching the ailerons. Thanks to the association with the evolutive wing profile, aileron control remains efficient during stall.

“Keel – cruising up to 180kt, the Elixir plays in another category. The keel guarantees a smooth yaw damping from stall to VNE!

“Air intake – thanks to its new air intake, the Elixir can stand long holding during summer’s heatwaves! Associated with the heat regulator, the aircraft can also handle winter’s high altitude flights.” 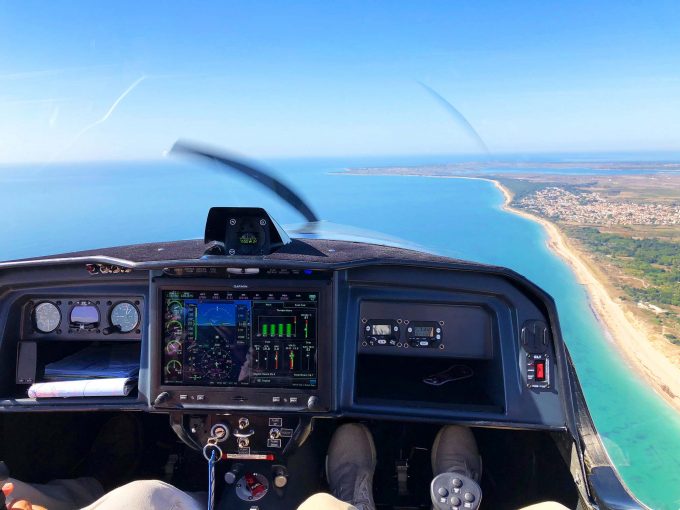 2018’s long hot dry summer helped Elixir get through hours of flight testing. Tough job but someone’s got to do it!

Over the winter, Elixir will continue to pursue certification and also review finishing touches, such as incorporating an angle-of-attack indicator, and manufacturing process.

The Perigny-based company already has 52 pre-orders, with the most recent coming from Aeroclub du Limousin, a backlog taking Elixir production through to mid-2022.