The government has set out an ambitious vision for how the future of air travel in Britain could look in 2030 through the UK Research and Innovation (UKRI) agency.

The vision, called the Future Flight Challenge, includes flying taxis and short haul airliner journeys powered by hydrogen, and the increased use of drones by emergency services and for delivering goods. It’s backed by a £300m investment.

UKRI’s Future Flight Deputy Challenge Director Simon Masters said, “Achieving accessible, safe, sustainable transport will be a key element in the fight against climate change. That’s why in the year of COP26, UKRI is setting out what it thinks air travel should look like in 2030.

“Some of the concepts in this roadmap might seem a little further away than 2030, but the future is closer than you think.

“We’re already seeing some of these ideas put into practice, with the UK’s first vertical take-off airport months from opening and a hybrid air travel trial taking place in Scotland.”

A key element of the roadmap is the use of hydrogen or electrically powered aircraft to provide short journeys for up to 10 people. These vertical take-off air taxis (eVTOLs) would eliminate carbon emissions, ease congestion in British cities and reduce journey times, said UKRI. 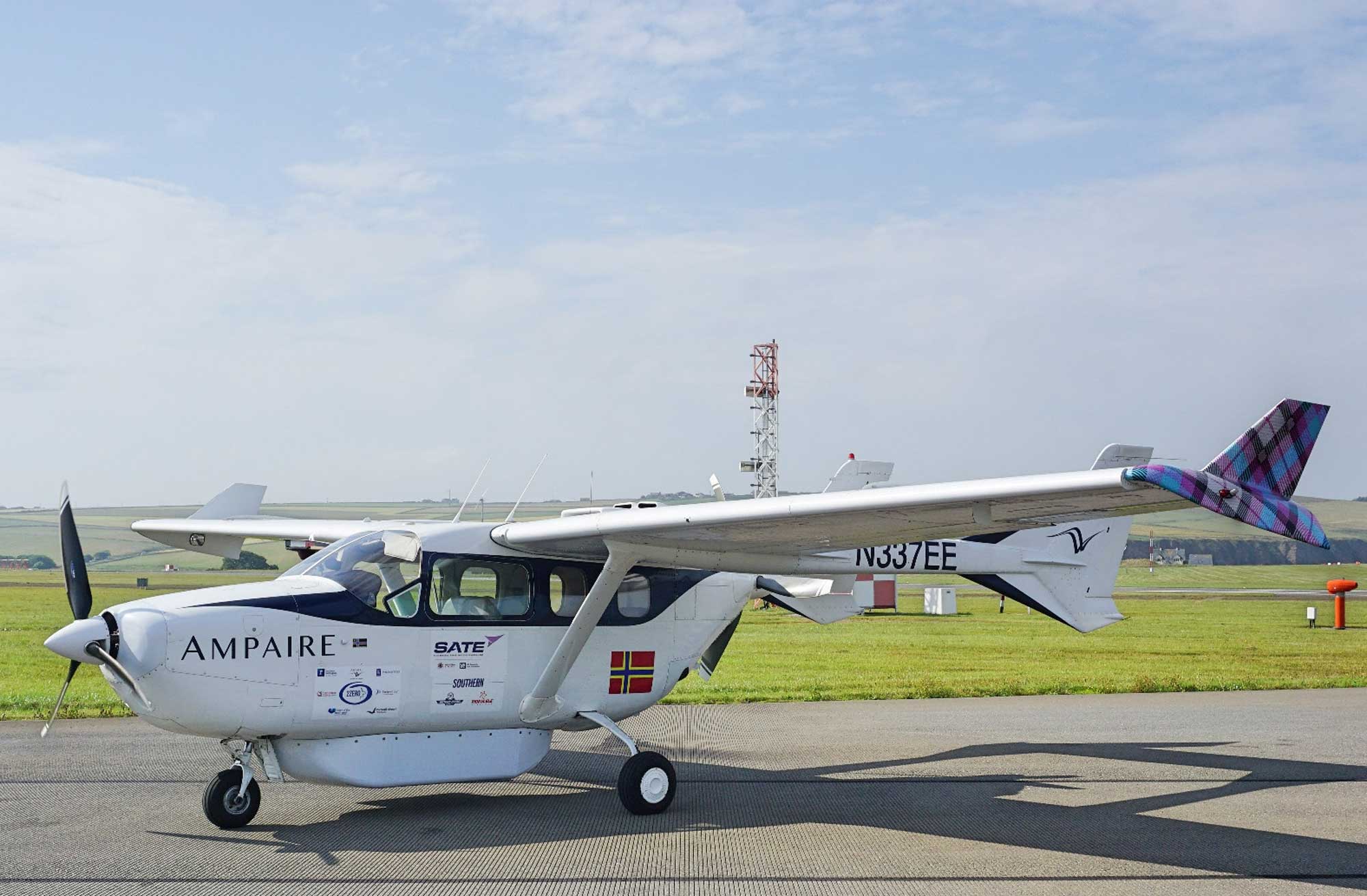 “The Challenge aims to transform how we connect people, deliver goods and provide services by speeding up the acceptance of these innovative ways and bringing them into use safely and practically,” said UKRI.

“By combining control and regulation with infrastructure and aircraft systems to create new operating models, the Challenge is creating the aviation system of the future.”

The hybrid-electric flights trials mentioned were by US company Ampaire as part of the UKRI-funded Sustainable Aviation Test Environment (SATE) project. Ampaire’s hybrid electric Cessna 337 (called ‘EEL’) completed a 30-minute journey from Kirkwall in the Orkney Isles to Wick airport in the north of Scotland.

Ampaire is due to repeat the flight trials between Exeter Airport and Newquay Airport later in late August.

Another startup, ZeroAvia, recently successfully ground-tested the electric propulsion system for its planned 19-seat airliner based on a Dornier Do228. A video released by ZeroAvia shows the motor pulling a 15-ton truck.