Born and raised in Senegal, I was eight years old and playing with my friends when a helicopter flew over.

Looking like an alien spaceship, it landed in the nearby stadium and made a gigantic dust cloud.

My geography teacher stepped out, asking if I wanted a ride. I sat in the back without doors or seatbelts, and with each turn thought I was going to die…

That ride planted the seed, and when I was working with helicopters in the army, I decided to become a pilot.

It’s extremely manoeuvrable, reliable, and powerful. Since its blades rotate clockwise, it likes to go to the left, so I’ve taken out the co-pilot seat for a better view.

Apart from flying, my job involves aerial coordination. I tell the studio if its ideas are feasible, and if yes, how much it’ll cost.

When scheduling the aerial crew’s movements, preparation is everything. If I need to fly underneath a bridge, I first look on Google Earth, then assess the situation in person, measuring height and width.

Does it fit with the action planned? Explosions or car chases, for example, leave less room to fly.

My amazing team helps me assess technical challenges and risks and make a final determination.

With big stunt sequences, I visit the location several times, seeing if maybe sidewalk signs or traffic lights should be removed, or trees cut down so we can fly safely.

Sometimes I spend months prepping for only 40 seconds of film. We’re working on US$ 100-300 million movies, which require high quality.

“You can’t be complacent – one mistake and you’re done. You want to kiss the red line, but never cross it”

The flying is very challenging. Often, I do things I’ve never done before, like landing on a moving train. I push the envelope in a safe way. In this business, safety isn’t just a word, it’s number one priority.

You can’t be complacent – one mistake and you’re done. You want to kiss the red line, but never cross it.

It’s not just a job, it’s a lifestyle. I don’t drink coffee or alcohol, get lots of sleep and exercise, and meditate to stay mentally strong. What do I love most? The feeling of accomplishment when seeing the movie afterwards. There aren’t many jobs where you can see your work on screen forever.

After obtaining my helicopter licence in 1985, I organised tours in France, before moving onto photographing weddings, property, and golf courses from the helicopter.

In 1988, I did my first rally, Paris-Dakar, which led to filming car races for TV all over the world. Wanting to be more creatively involved, in 1995 I started as a film pilot.

Ever since then, I’ve put all my money, time, and effort into getting into the movie industry.

Shooting the movie Tarzan in Gabon, we spent two months in the middle of the jungle. One day the weather was bad and we landed in a tiny remote village.

The people there had nothing but a hard life, so we gave them everything we could, leaving with only our underwear and passports.

The head of the village, a very old man, said our visit made it the best day of his life.

I once landed on one of the Grand Canyon’s vertical rock formations, a place where no other human had ever set foot because it’s impossible to reach any other way.

With no-one else around, I could hear the silence: a moment of mental peace and gratitude.

No, I occasionally take up my family, but usually I go surfing in my spare time.

What is your most valuable career advice?

Assess if your personality matches your dream profession.

Airline pilots, for example, need to be computers and protocols people who fly with their head. I’d make a terrible airline pilot, as I’m more of an instinct person, making decisions on the spot.

Both are flying, but there’s a huge difference between an airline and a film pilot.

Once you’ve chosen a career, put all your effort into it. Also, the fastest way to achieve success and skills maturity, is to go slow. 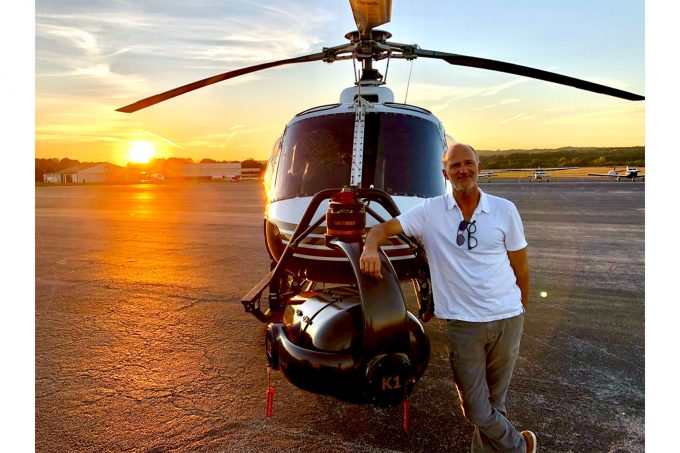 French motion picture helicopter pilot Fred North has worked on 220 films, including Hollywood blockbusters such as The Fast & The Furious series, Transformers and Bad Boys for Life 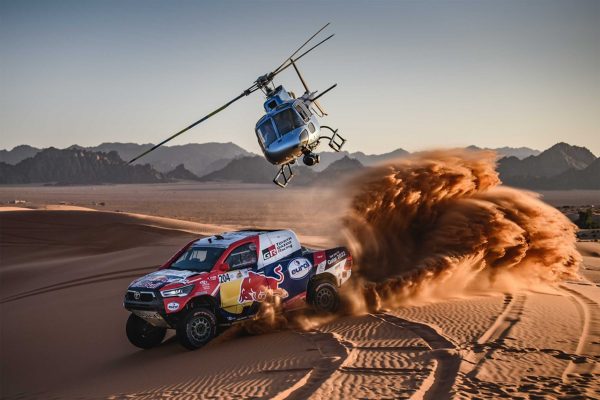 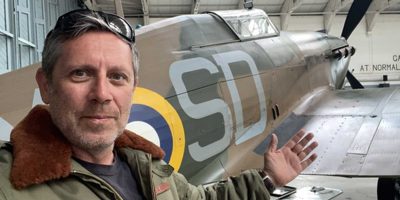 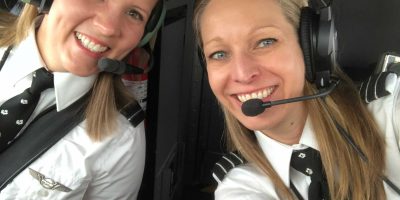 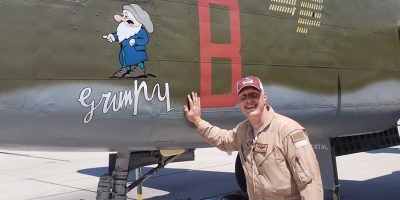 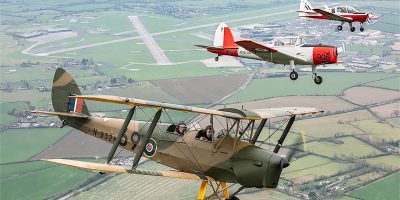