The RAF has flown an Ikarus C42 microlight using 100% synthetic avgas, a world first that’s been recognised as a record.

Called Project Martin, the RAF worked with Zero Petroleum which is manufacturing the avgas known as SynAvGas.

Zero Petroleum’s synthetic UL91 fuel is manufactured by extracting hydrogen from water and carbon from atmospheric carbon dioxide. Using energy generated from renewable sources like wind or solar, these are combined to create the synthetic fuel.

The RAF’s interest is to eventually use synthetic fuel in its aircraft, including fast jets. SynAvGas has the potential to save 80-90% of carbon per flight.

In-flight video as we take to the air for the first time in history using 100% synthetic fuel @RoyalAirForce #FirstSyntheticFlight #FossilFreeFuture pic.twitter.com/YRnQWPuxJi

“I am determined to tackle this head on and have set the Royal Air Force the ambitious goal to be Net Zero by 2040.

“The way we power our aircraft will be a big part of achieving that goal, and this exciting project to make aviation fuel from air and water shows how it might be done.”

In tests before the flight with Rotax agent CFS Aero, the engine performed as if it were running fossil fuel but ran at a lower temperature. This means using synthetic fuel could also increase engine lifespan as well as a significant carbon saving. 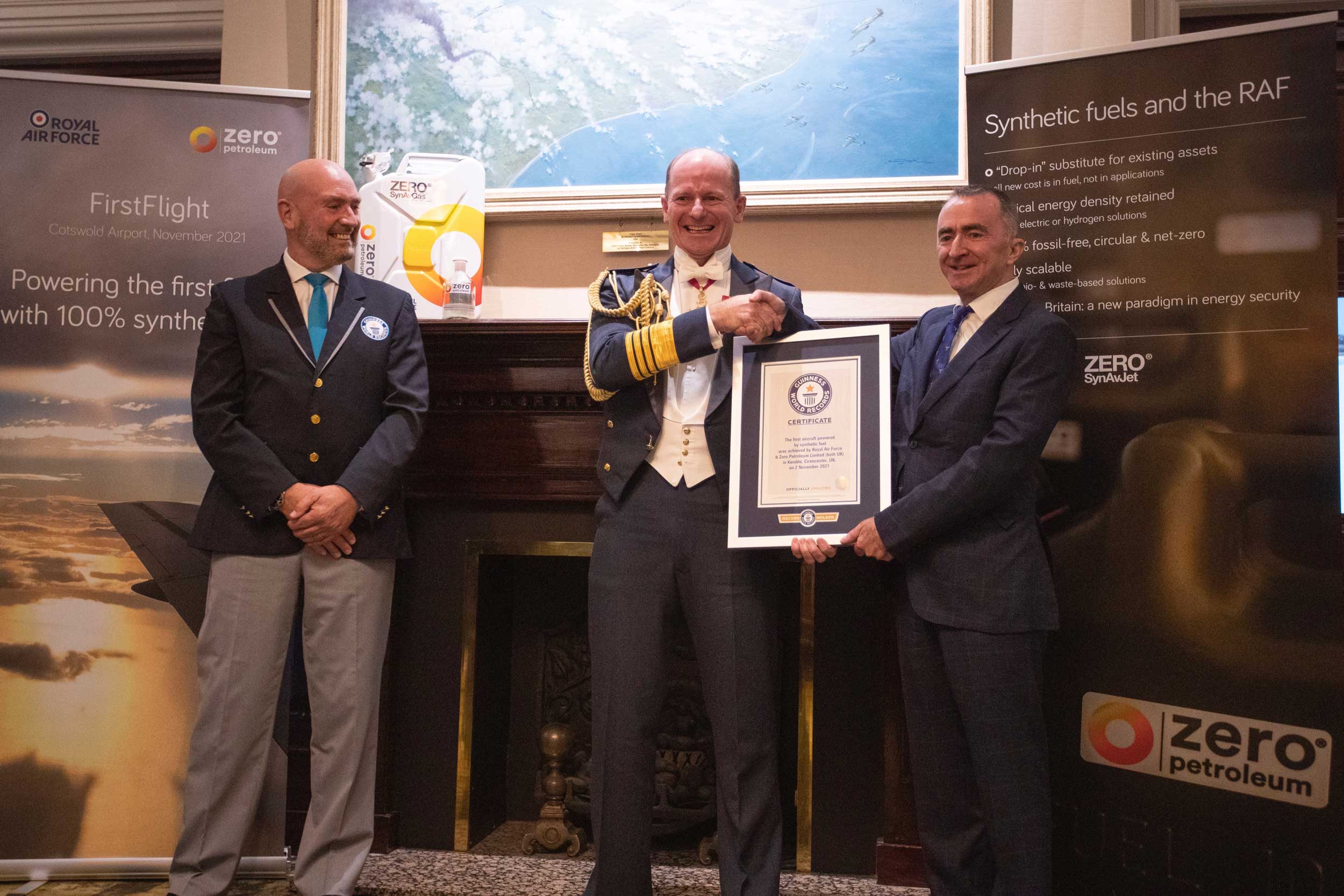 Ex-Formula One boss Paddy Lowe is the CEO of Zero Petroleum. He said, “This unique project with the Royal Air Force demonstrates the validity of our synthetic fuel and the potential it has to eliminate fossil CO2 emissions from a number of difficult but critical sectors, including transport which currently accounts for 23% of the global total.

“We are particularly proud of the fact that our high-grade aviation gasoline ZERO® SynAvGas was developed in just five months and ran successfully in the aircraft as a whole-blend without any modification whatsoever to the aircraft or the engine.

“The engine manufacturer Rotax’s measurements and the test pilot’s observations showed no difference in power or general performance compared to standard fossil fuel.”

Working towards the Government’s Net Zero by 2050 goal, the RAF is planning for its first Net Zero airbase by 2025, and goal of a Net Zero force by 2040.