+VIDEO It’s five years since the giant Solar Impulse 2 electric aircraft finished its epic round-the-world flight and one of the spin-offs from the project is H55, a Swiss company developing electric propulsion systems for light aircraft.

To celebrate the final landing of Solar Impulse at Abu Dhabi on 26 July 2016, the two pilots, Bertrand Piccard and Andre Borschberg – who never flew together in the single-seat Solar Impulse – took a flight in the H55-powered Bristell Energic.

The pilots took off from Sion, Switzerland, aboard the Bristell Energic, a zero-emission aircraft whose propulsion and battery management systems have been developed by H55 and which will be commercially available in late 2022. 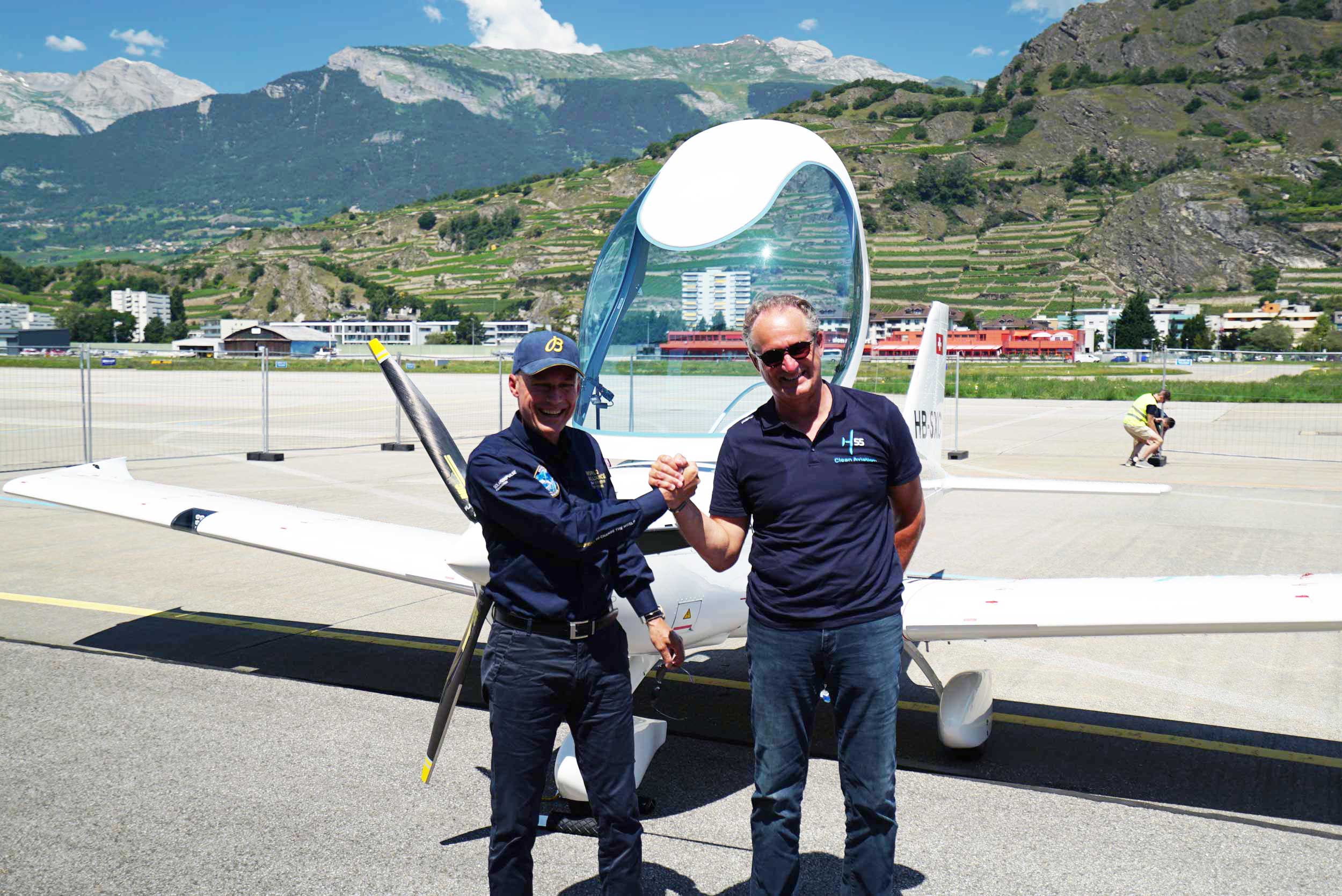 Bertrand Piccard said, “Success is never a goal in itself; it is only a way to go further. When I landed in Abu Dhabi five years ago, I predicted that electric passenger airplanes would fly within ten years. Today’s flight in the Solar Impulse spin-off, the Bristell Energic powered by H55, shows that we are on track.

“It’s also a special emotion to share for the first time the cockpit of an electric airplane with my partner Andre. H55 is the perfect proof that clean and efficient technologies allow us to do so much better for the environment and all fields of the industry.

“And on top of that, this low-carbon flight reminded me how great it is to fly without noise! A fantastic experience. I am proud to count H55 among the solutions that the Solar Impulse Foundation has labeled for benefitting both the environment and our economy.”

Andre Borschberg added‚ “The Bristell Energic is the first commercial step as an electric airplane following our round the world flight with Solar Impulse.

“Many more aircraft will be either converted into electric airplanes or newly designed to benefit fully from the tremendous advantages of the electric propulsion technology developed by H55.

“In ten years, we will see the first commuter airplanes transporting passengers from cities to cities with limited noise impact and CO2 emissions.”