The double-rotor Chinook helicopter, with its unmistakeable sound, had its 40th year of active service in 2021 and to celebrate, car specialist Tecniq, has produced a hand-crafted Land Rover Defender, the Q40.

The one-off Q40 will be auctioned at the Goodwood Revival on 17 September, with all proceeds from the Bonhams sale being donated to the Royal Air Forces Association. There will also be an exclusive behind-the-scenes tour of RAF Odiham, home of the Chinook, for the auction winner.

Tecniq worked with 18(B) Squadron at RAF Odiham for design cues from the aircraft for both the Q40’s interior and exterior. It’s finished in shades of gloss and matte dark green, matched to the camouflaged fuselage of the aircraft.

There’s lightweight carbon fibre custom-designed grille, wheelarch extensions, and bonnet and fender vents, and a graphic representation of the famous double rotor design, inspired by the flying suit badges worn by the aircrew. 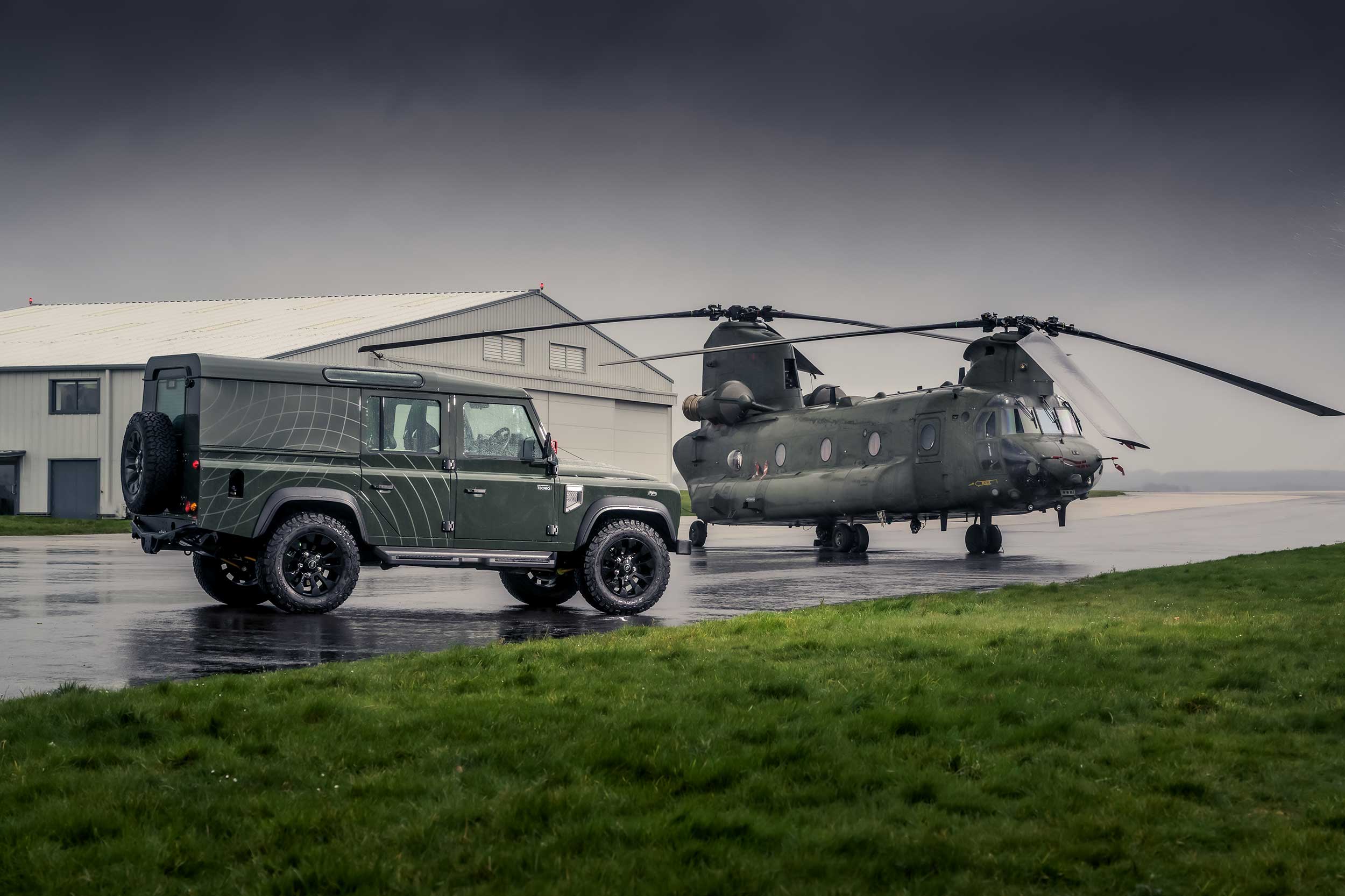 Nigel Lempriere, co-founder of TECNIQ, said, “The Q40 Defender project was born to celebrate all that is great about the Chinook, showcasing the latest in automotive technologies and engineering capabilities of Tecniq and supporting the great work carried out by the Royal Air Forces Association.

“The aircraft really is iconic, and the Q40 Defender is our way of celebrating the 40-year service milestone to our country, having played so many key roles with the military in efforts across the world.”

Power is delivered from a Mustang-derived Ford EcoBoost 2.3-litre turbo engine with remapped ECU to develop 307hp and 432Nm of torque, coupled to an upgraded 6-speed automatic transmission. Ride and handling have been extensively enhanced and the chassis redeveloped by Tecniq’s racing department.

Before the auction, a collection of key moments from the history of the aircraft and service will be released as a series of video shorts. 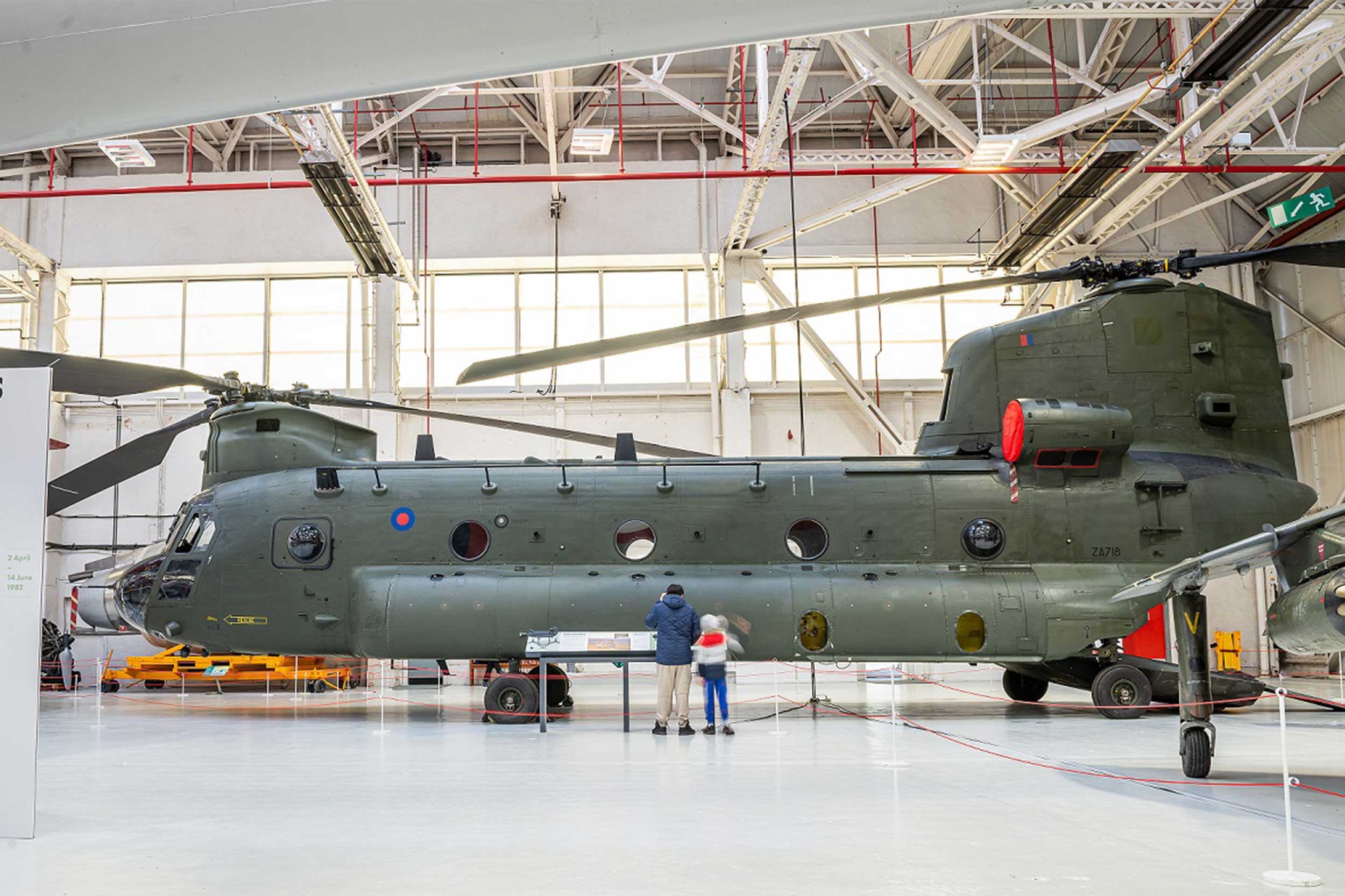 The Survivor ‘Bravo November’ on display at the RAF Museum Midlands

‘The Survivor’ on display

The sole surviving Chinook helicopter flown by the RAF during the 1982 Falklands campaign is now on display at the RAF Museum Midlands.

The legendary Chinook HC6A ‘Bravo November’ is displayed alongside the Harrier GR3 in a new Falklands 40 cluster, commemorating 40 years since the start of the conflict.

During the liberation of the Falklands Islands in 1982, Bravo November earned itself the nickname ‘The Survivor’ when the MS Atlantic Conveyor container ship it was sailing on was struck by a missile causing a fire to break out, subsequently sinking a few days later.

The Chinook fleet along with all the supplies, spares and maintenance kits were lost. Bravo November was the only survivor, forcing a radical redesign of how the campaign would be fought. Bravo November remained in service for the rest of the campaign, helping deliver victory through carrying out essential tasks, moving troops, supplies, casualties, and prisoners of war. 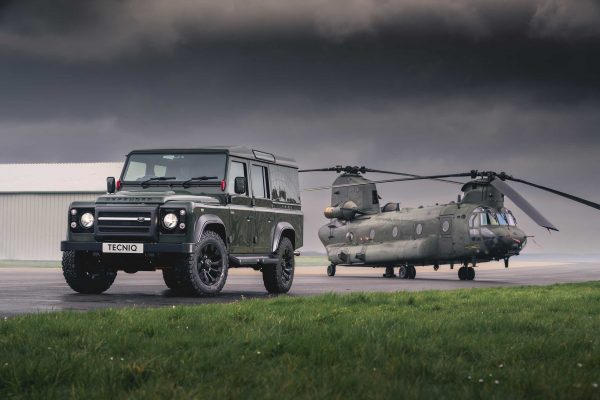 Q40 Defender to be auctioned at the Goodwood Revival