Diamond Aircraft has revealed it is developing an all-electric version of its popular four-seater, the DA40.

The Diamond eDA40 will be aimed at flight schools with full Part 23 type certification scheduled for 2023. First flight of the eDA40 is expected in Q2 2022.

Diamond is partnering with US company Electric Power Systems to integrate its EPiC Ecosystem into the eDA40.

The Electric Power Systems’ Battery Module will be equipped with a DC fast charging system, capable of turning around a depleted aircraft in under 20 minutes. Batteries will be installed in a custom designed belly pod and between the engine and the forward bulkhead.

Otherwise the aircraft is similar to the existing DA40, with a Garmin G1000 NXi glass cockpit and several avionics add-ons available.

Total flight time is expected to be up to 90 minutes as battery technologies evolve. The eDA40 is expected to reduce operating costs by up to 40% compared to traditional piston aircraft.

“Making flying as eco-friendly as possible has always been at the core of Diamond Aircraft with our fuel-efficient jet fuel powered aircraft producing less CO2 and noise emissions compared to conventional piston aircraft engines.

“Therefore, we are more than proud to underline this commitment with the all-electric eDA40, a sustainable solution for the General Aviation of tomorrow.” 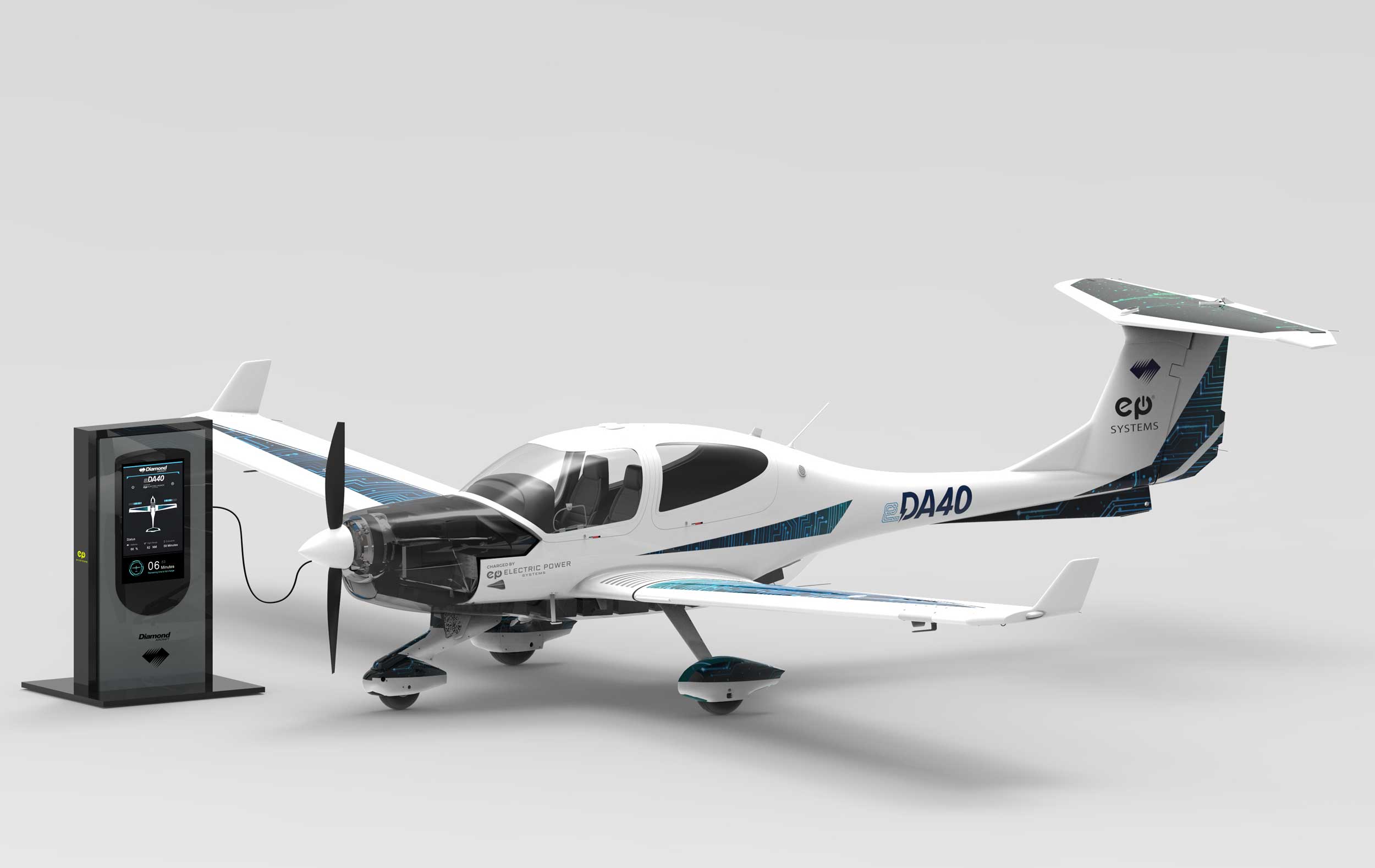 Diamond’s new eDA40 plugged into a charging station. Operating costs are claimed to be cut by 40%. Images & video: Diamond Aircraft

Two years later, the DA36 E-Star 2, was presented at the Paris Airshow, with improved performance and increased payload.

Further research of electric and hybrid solutions led to additional collaboration with Siemens and the introduction of the next milestone, called ‘HEMEP’ – the world’s first hybrid-electric multi engine with lower fuel consumption (higher efficiency) and decreased noise pollution.

Electric Power Systems has battery systems powering customer flight demonstrator vehicles such as the NASA X-57 and Bell Nexus. Investors in the company include Boeing and Safran.