Diamond Aircraft has made the first flight of its in-development single-engine five-seat DA50, powered by a Continental CD-300 turbodiesel.

“The first flight was conducted by the crew as planned and all systems were working as expected,” said Sören Pedersen, Head of Flight Test, Diamond Aircraft Austria.

“Since all new elements are already well known from other aircraft out of the Diamond aircraft family, the DA50 made a very mature impression from the first lift off.

“The DA50 showed a good agility and an ‘easy to fly’ behaviour, meaning that the handling qualities were very satisfying on the first impression.”

Diamond Aircraft is aiming for basic certification from the European Union Aviation Safety Agency (EASA) for the five-seat version equipped with CD-300 engine and retractable gear in summer 2020. 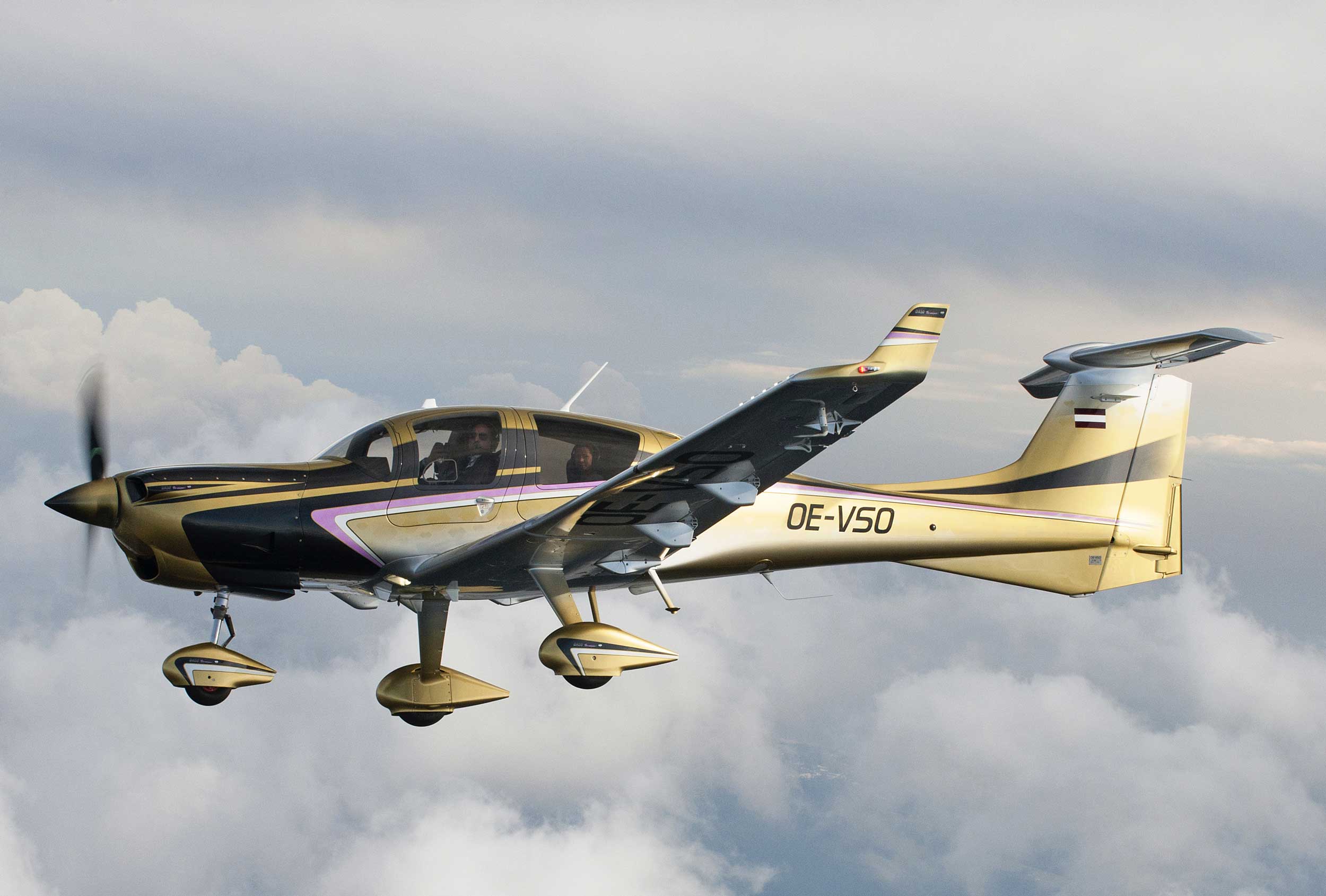 The fixed-gear version of Diamond’s DA50

Diamond Aircraft was taken over by its new Chinese owners in December 2017 and immediately started to re-evaluate all ongoing projects, coming to the conclusion to change the engine on the DA50 to the CD-300.

“After careful consideration, we determined that the CD-300 engine aligns with Diamond’s jet fuel philosophy and that it is a suitable solution for our DA50 platform,” said Liqun (Frank) Zhang, CEO of Diamond Aircraft.