Diamond Aircraft expects to be delivering more than 500 aircraft a year within two years, as a new manufacturing facility opens in China to complement existing plants in Austria and Canada.

That’s double what Diamond is producing at the moment – 240 aircraft in 2021 with 300 expected in 2022 – but CEO Frank Zhang says current orders have already filled production capacity for this year and next.

All models in the Diamond range are experiencing increased demand. The two-seat DA20 is back in production, the DA50 RG is expected to receive US type certification by the end of this year and 40 will have been delivered by the end of 2022, and the top of the range DA62 twin also has a two-year waiting list for new aircraft. 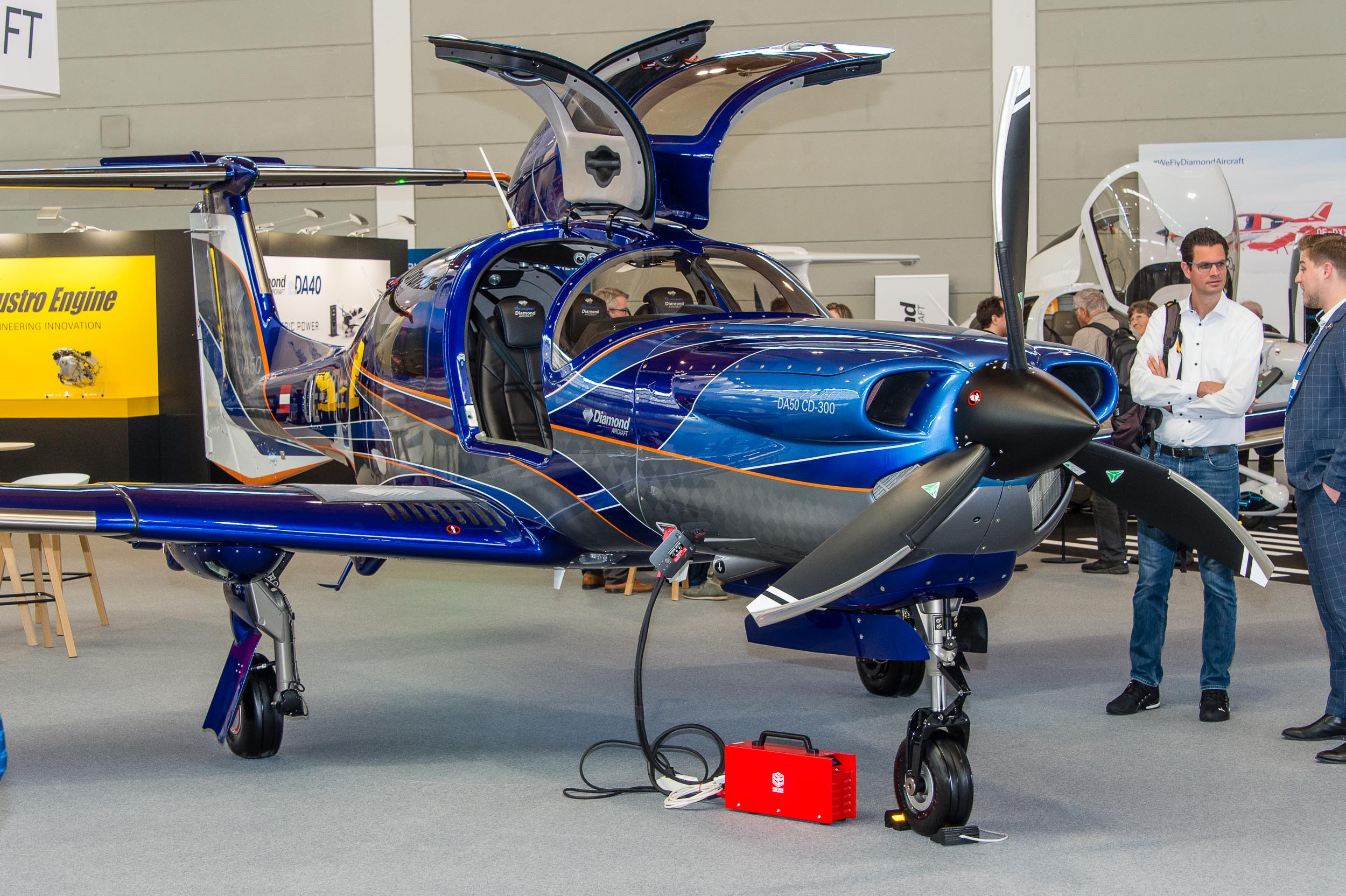 The booming order book is also reflected in demand for Austro engines, a Diamond subsidiary also acquired by Chinese owner Wanfeng when it took over in 2017. Austro produced 367 engines in 2017, which will rise to 800 by the end of 2022 and an expected 1,280 engines a year by 2024.

Diamond also buys CD-300 engines from Continental Aerospace Technologies for the DA50 RG, and that engine has just received a welcome boost in its Time Before Replacement (TBR) limit, from 1,200 to 2,000 hours. The separate gearbox limit of 600 hours has also risen to ‘on condition’.

Mr Zhang attributes the rise in demand to the company’s global outlook in terms of suppliers, but also the ‘local for local’ philosphy for production; ie, manufacture aircraft where they are expected to be sold. 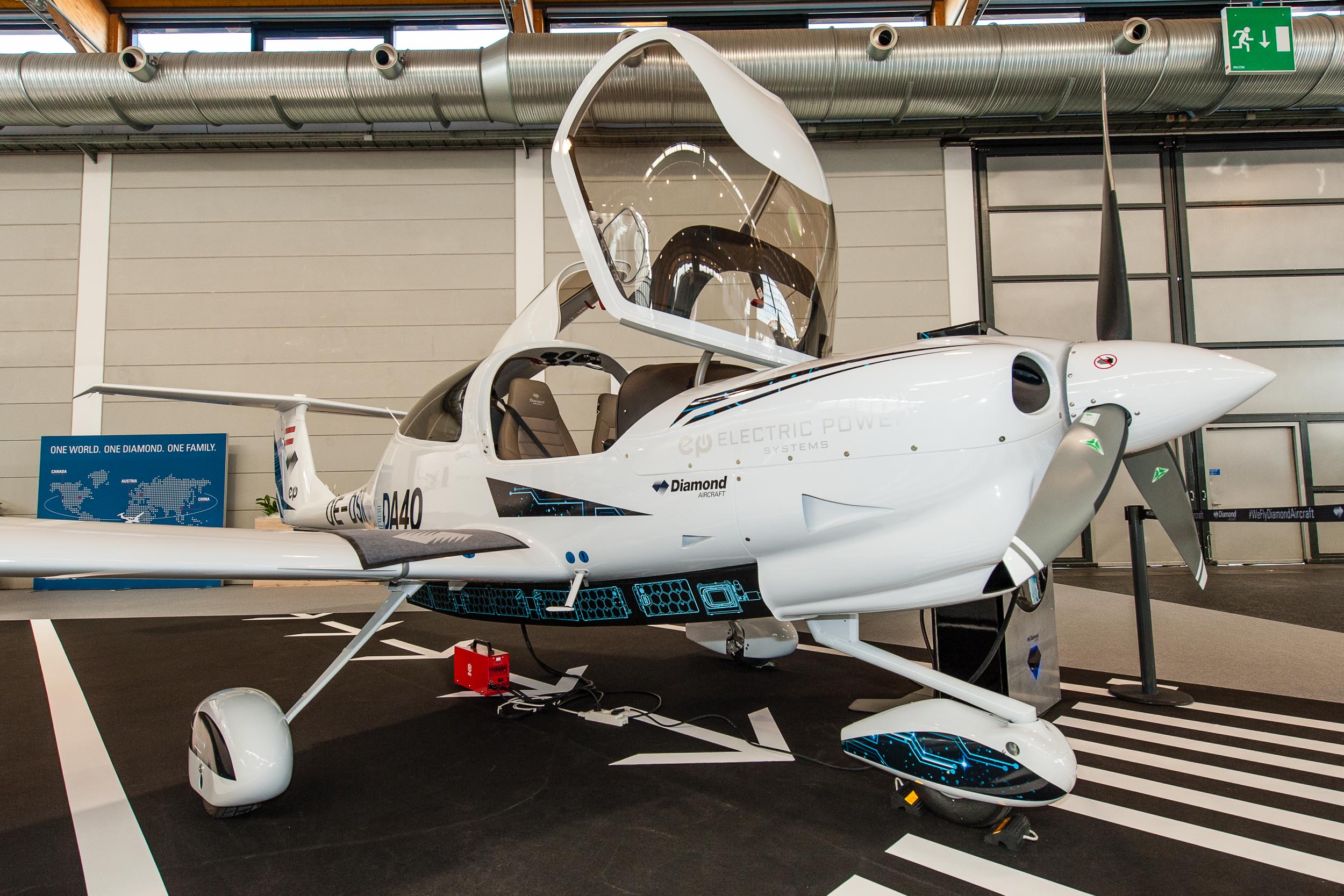 On the Diamond stand at AERO, a mockup of the electric eDA40 announced last October is on display. This uses batteries from US supplier EPS and a French Safran electric propulsion system.

The eDA40’s flight time ambition is 90 minutes, allowing one-hour flight lessons with 30 minutes reserve. First flight of the eDA40 is expected by the end of 2022, with type certification in 2023 and entry-into-service in 2024. Running costs are said to be 40% of a traditional internal combustion engined DA40.

The eDA0 will also have Direct Current fast-charging, which is claimed to cut recharge time to 20 minutes. The Safran motor used, the ENGINeUS 100, will deliver 130kW at max take-off power. 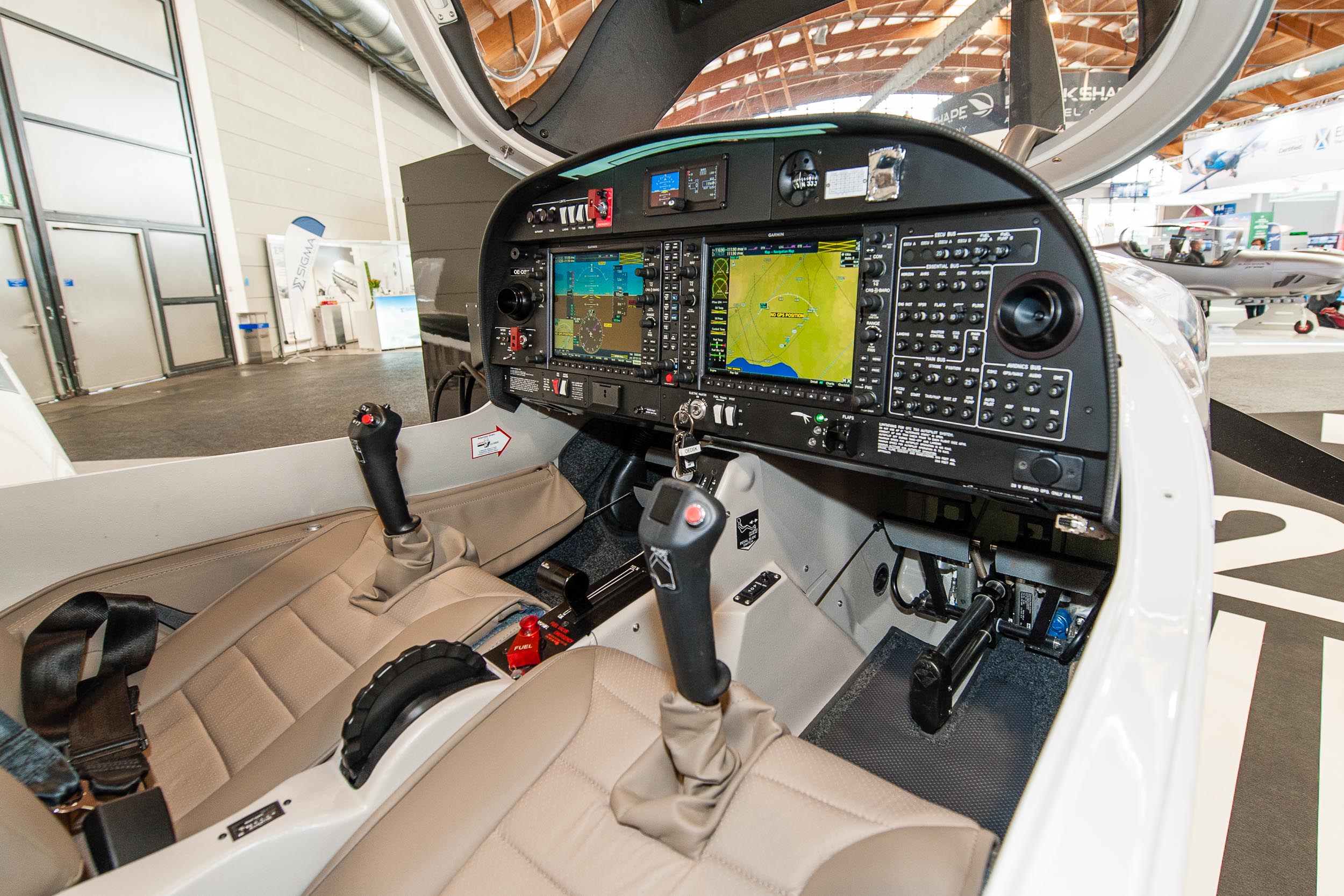 Interior and panel of eDA40

In response to a question about Aircraft On Ground (AOG) parts supply, Diamond’s service manager said the current levy on parts for AOG aircraft was an ’emergency situation’ while they build up the logistics side to cope with growing numbers of aircraft in the worldiwde fleet. This would be dropped as soon as they can meet deamnd.